You are here: Home / Crafts and Activities / General Crafts / Chick crafts for kids

Chick crafts—who can resist them? They’re almost as cute as the fluffy little chickens themselves. Today we’re sharing over 20 chick crafts, art projects, and printables for kids, Make them for Spring, Easter, or any time just for fun! 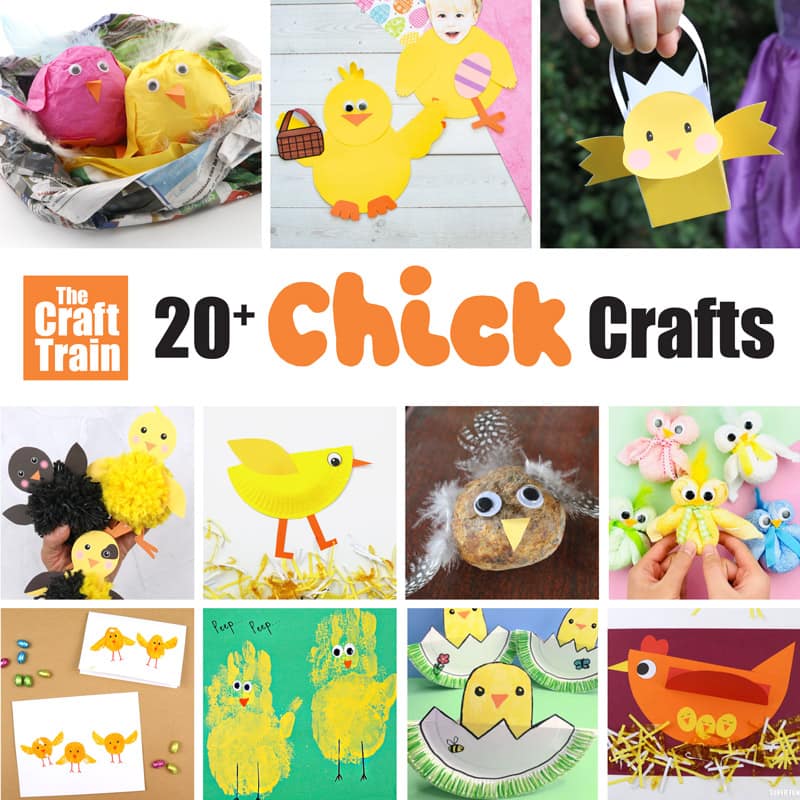 Chicks are a symbol of new life and mother-baby love, and a newly-hatched chick just makes everyone go “aww”. So it’s not surprising to see chicks featuring so strongly in art and craft projects at this time of year. We all love them. Chicks in nests, hatching chicks, fluffy chicks, paper chicks, handprint chicks, paint-splat chicks … the list goes on.

Here are over 20 creative and innovative ways to turn the fluffy chick into a craft project from our own archives as well as bloggers around the world. Whew! That’s enough chick-inspiration to keep you guys crafting for the enitre Easter Break. The only question is, which one will you make first?