Here is an easy DIY pom pom maker you can create from a scrap of cardboard.

This craft has been super popular since I first published it in 2016, and I’ve had lots of questions about measurements and requests for a template. I hear you, and now I’ve added one! I’ve also created a short video tutorial. I really hate to admit this but as a craft blogger I struggled for a long time to make a decent pom pom. In the olden days when I was a child we used cardboard discs shaped like a donut and you would spend a very, very long time carefully wrapping yarn around and through the hole in the centre until it was plump and ready to trim.

In this day and age we’re all a bit less patient and that technique seems very cumbersome and tedious (I’m sure I don’t just speak for myself here).

After a some experimenting I’ve come up with a much quicker and easier way of creating big, fluffy pom poms. I already own several plastic pom pom makers purchased inexpensively from the craft store and although I’ve given it a good shot I haven’t been able to figure them out. Quite possibly I’m a big dunce when it comes to following instructions but this way has been FAR quicker and easier for me. Let me show you how it works.

How to make a DIY cardboard Pom Pom maker

Cut out a shape that resembles a rectangle with a slit running down the middle but not all the way, like in the image below. You can see I’ve made three different sizes. Wrap these in yarn. The yellow yarn in the image directly below is 8 ply, the other two are thicker. 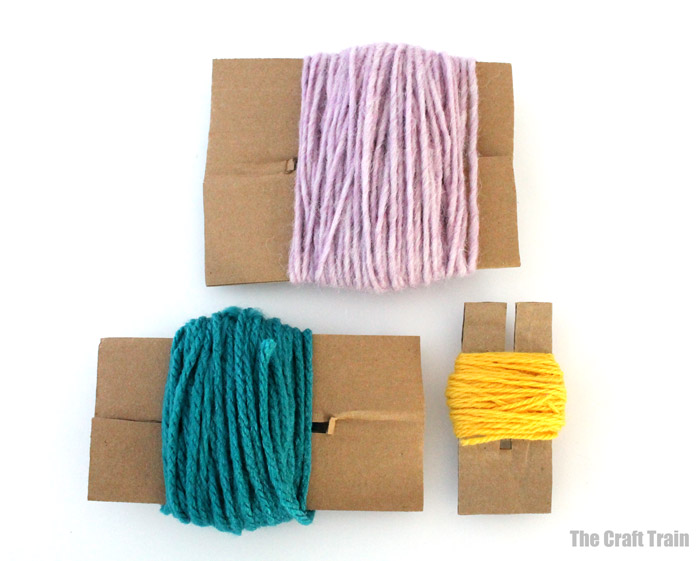 While the yarn is wrapped around your cardboard pom pom maker tie it tightly in the middle. 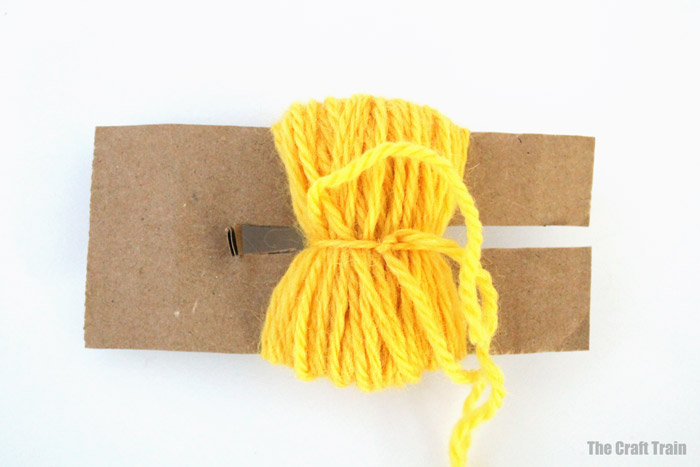 Slide it off the end, turn it over and tie even tighter on the opposite side. Use your sharp scissors to cut the looped ends. It will come out looking very shaggy and a bit uneven. 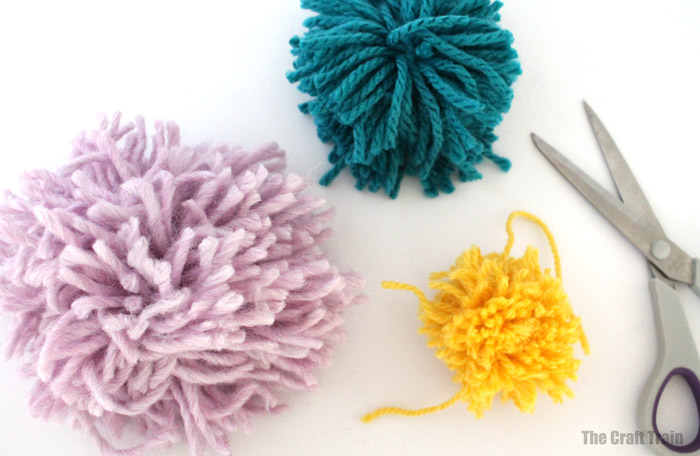 Now it just needs a good trim which is the big secret of making a fluffy, round pom pom. 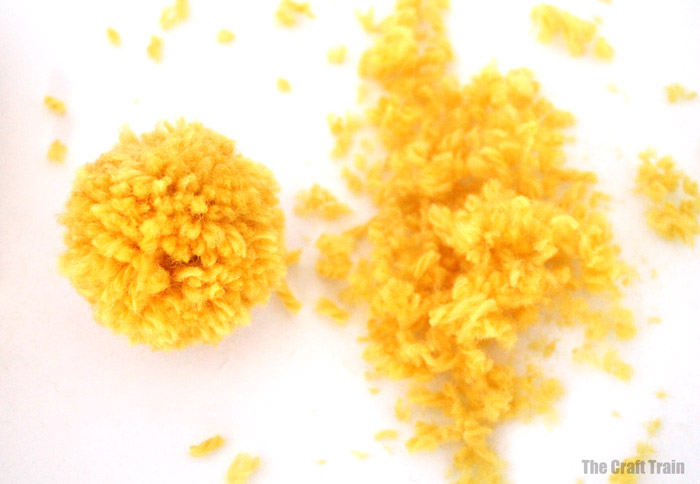 Instead of throwing out your pom pom trimmings store them in a plastic baggie and keep for future craft projects. They can be used in art collages or anything else you can imagine up, like these fluffy yarn pet rocks. 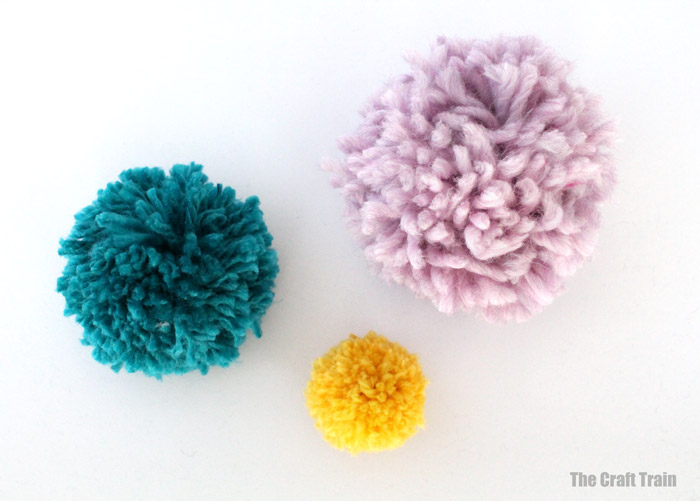 The best thing about this technique is that is SO quick you can churn pom poms out in no time at all – no more cumbersome round disc. My kids struggle with the part where a knot needs to be tied very tightly (that is the trickiest thing about this craft), so when they make pom poms they need help in that area but that is all, it really is very, very easy!