Here’s an easy finger knit snake craft using chunky yarn, pom poms and felt. Don’t worry, these guys are harmless and will leave you alone so long as you don’t step on them!

This easy yarn craft was first published in 2018 and has been updated and re-shared for today’s audience. My girls love the process of finger knitting because it’s so simple and fast. The only question is what to do with the knitting once it’s done? In the past, we’ve wound up long ropes that had no real purpose. Seriously, they’ve been so long we could trail them around the room more than once because the girls are that obsessed with finger knitting.

So here’s something you can make from finger knitting… Finger knit snakes!

How to make finger knit snakes

Told you it was easy to make! 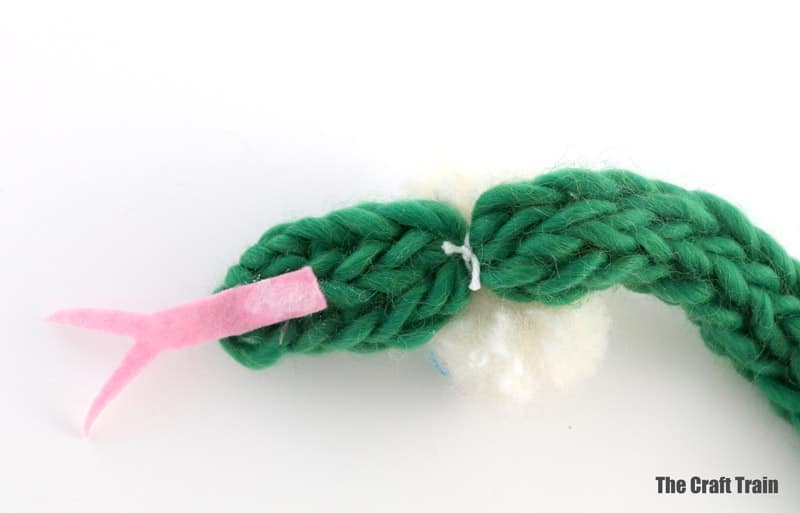 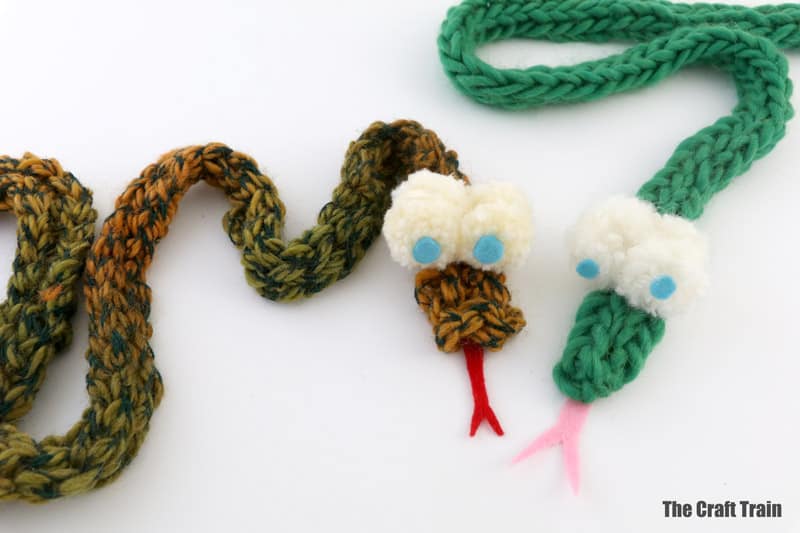 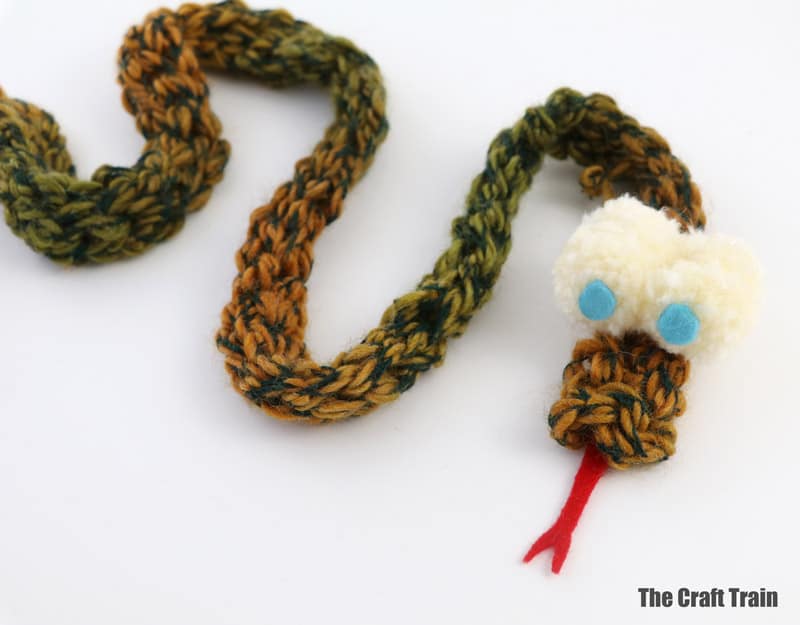 They love to hang out in the garden, especially near the pond where there are lots of tasty frogs to eat. Snakes are very misunderstood creatures. Mostly they just lay around doing nothing, sunbaking on rocks and minding their own business. Be nice to snakes (real ones too).

• Make a finger knit friendship necklace
• These pom pom spiders are almost as scary as the snakes!
• Fluffy pet rocks are just too cute
• Yarn dolls are another simple DIY toy
• Make some cute yarn ghosts