Make a paper roll firefly craft that lights up in the dark, just like a real one! Free shape template included. You know how it goes — one idea sparks another — so today I’m sharing a second light-up firefly craft. This one is based on a single insect.

We don’t see many fireflies around here (none at all, to be exact), so I designed this one from a picture. During the crafting process, I was getting comments like ‘is that going to be a cockroach Mum?’, and ‘Don’t fireflies have red on them?’

No, it’s not a cockroach, and maybe some fireflies do have red on them, but in MY version he’s silhouetted against the night sky with his bright, luminescent butt lit up. Just like the one in the picture below. 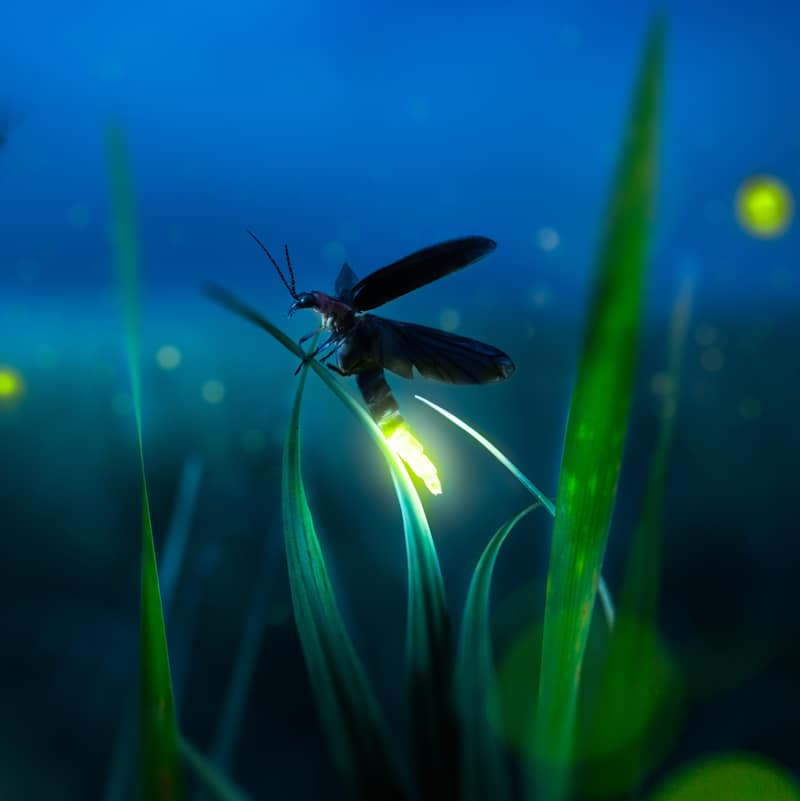 Here is the paper roll version with the lights switched off. 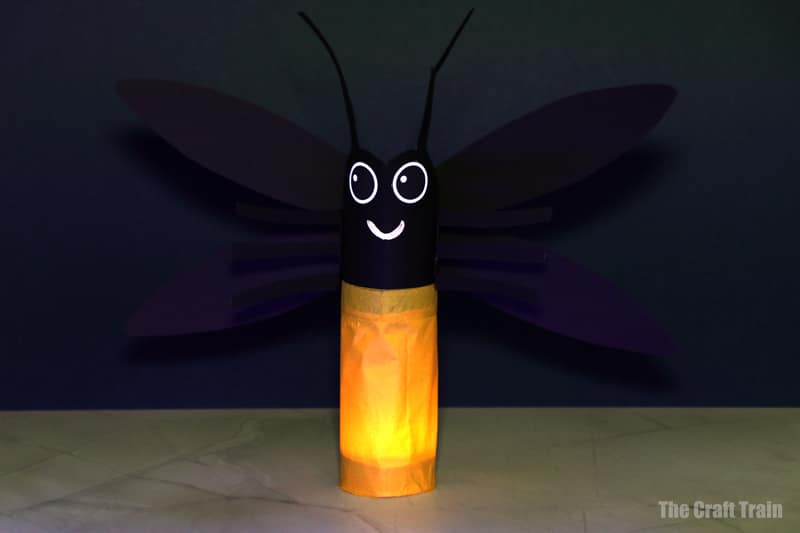 To make the firefly craft light up I’ve used a battery-operated LED candle. We have a stash of them leftover from our egg carton reef project, so you’ll probably be seeing more light-up crafts from us soon.

How to make a paper roll firefly craft

Print the template out onto white paper. 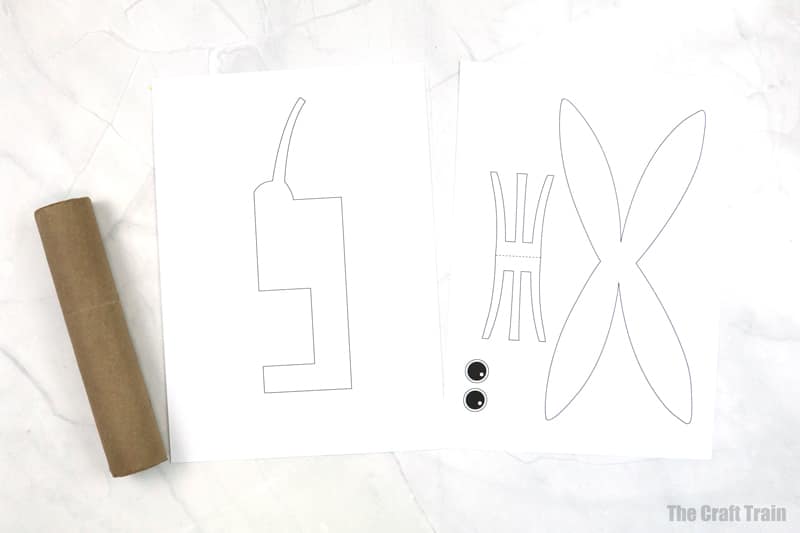 Cut around the outline on the bug body shape.

Flatten your paper roll by squashing it with your hands. Trace the bug body shape onto the paper roll and cut it out while squashed. 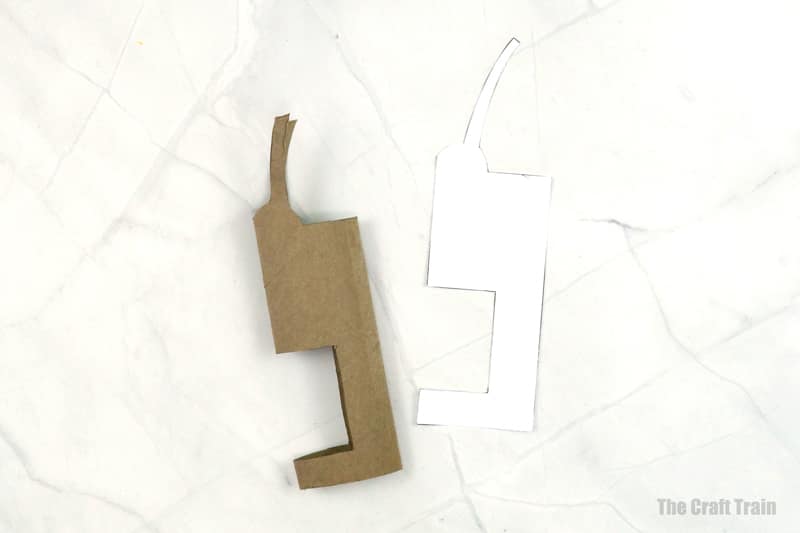 Pop the bug body shape back into a rounded cylinder, and paint it. The top half needs to be painted black and the bottom yellow. You can omit painting the bottom half if you like because it’s going to be covered up by tissue paper. However, since tissue paper is not completely opaque, I painted the cardboard underneath it yellow to avoid dark colours being visible through it. 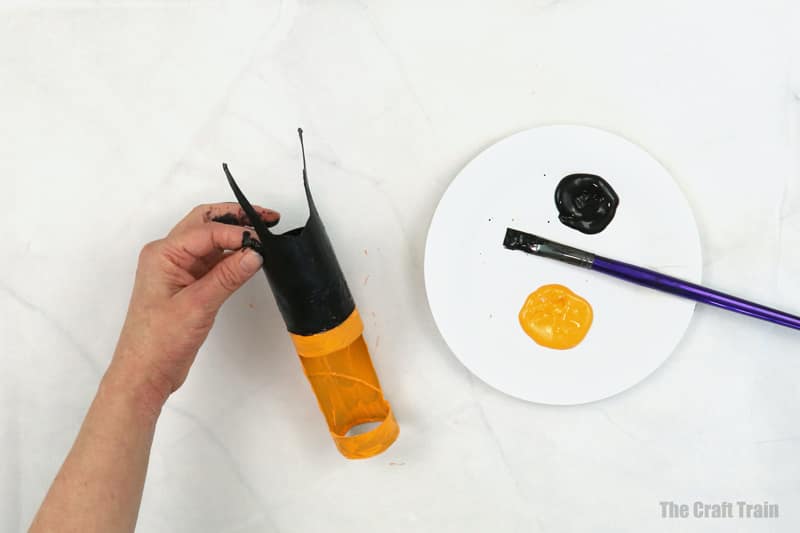 Cut the eyes away from the second template, and staple the rest of it to a sheet of black cardstock. Place a staple in each corner and cut the shapes out, so that you get a black version of each shape. You can discard the white version. 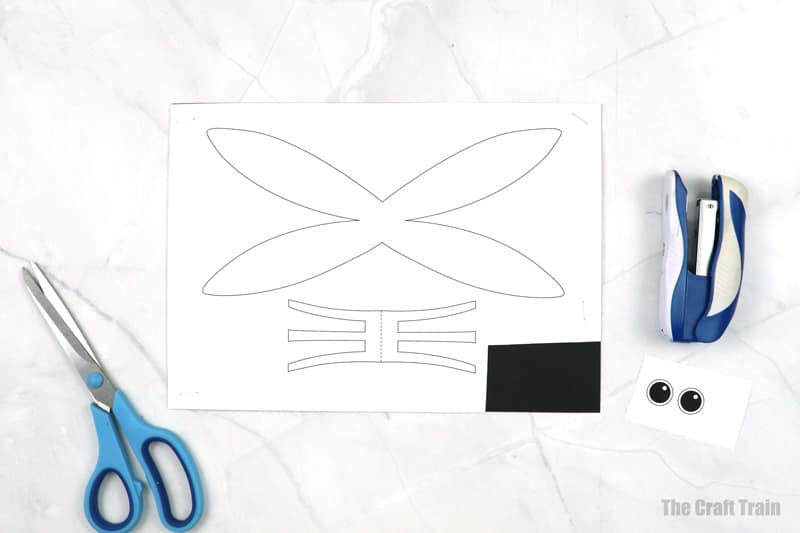 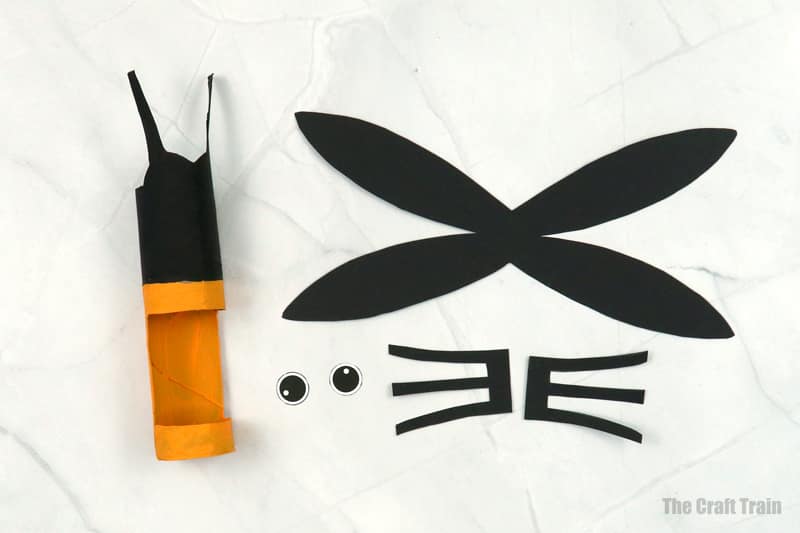 Glue the eyes on. 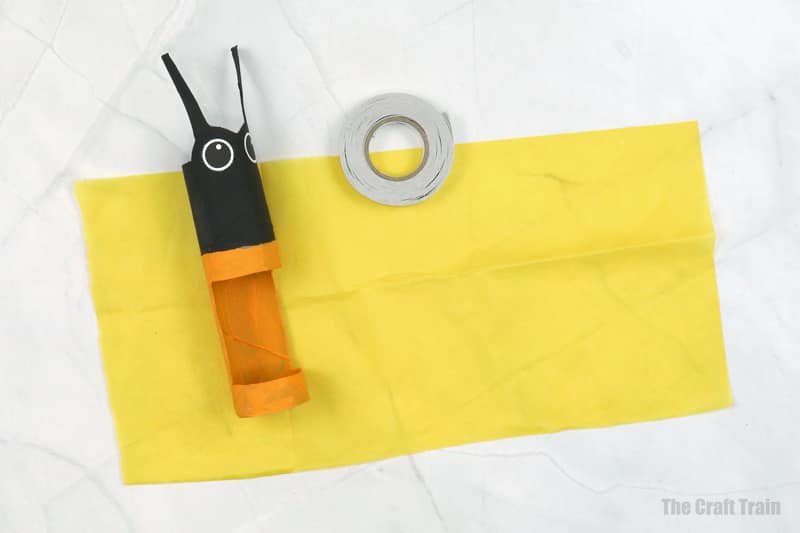 Bend the legs so they are poking out at 90º angles and glue them on. Stick the wings on (either glue or double-sided tape works). 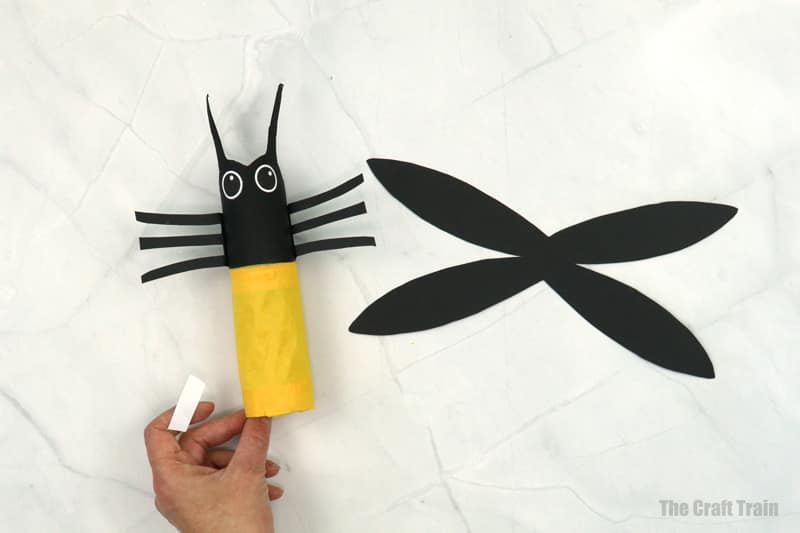 Paint a smile on with a thin white paintbrush. 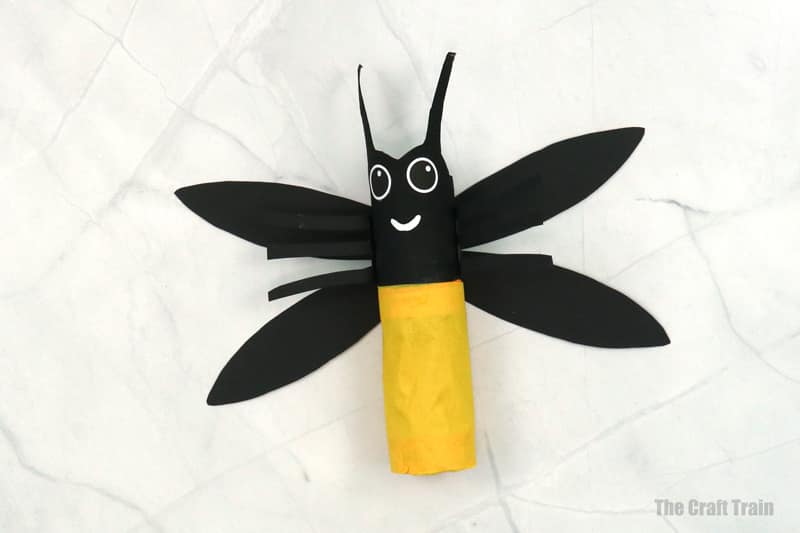 To light your firefly up, place him over an LED candle. 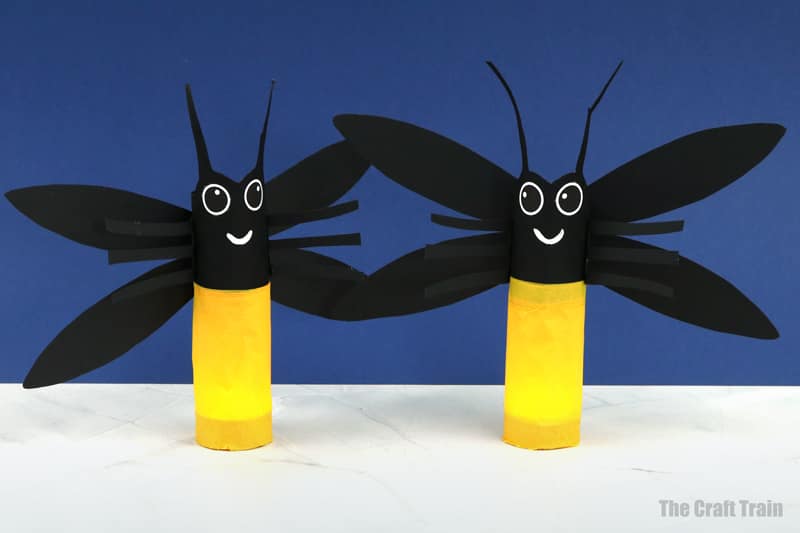