You could use our printable template sew a big jellyfish cushion, a smaller jellyfish softie toy or a mini little baby jellyfish. Or all three, because we all know that more jellyfish together would have more fun!

As a special extra, we’ve even included a box jellyfish from Northern Australia. 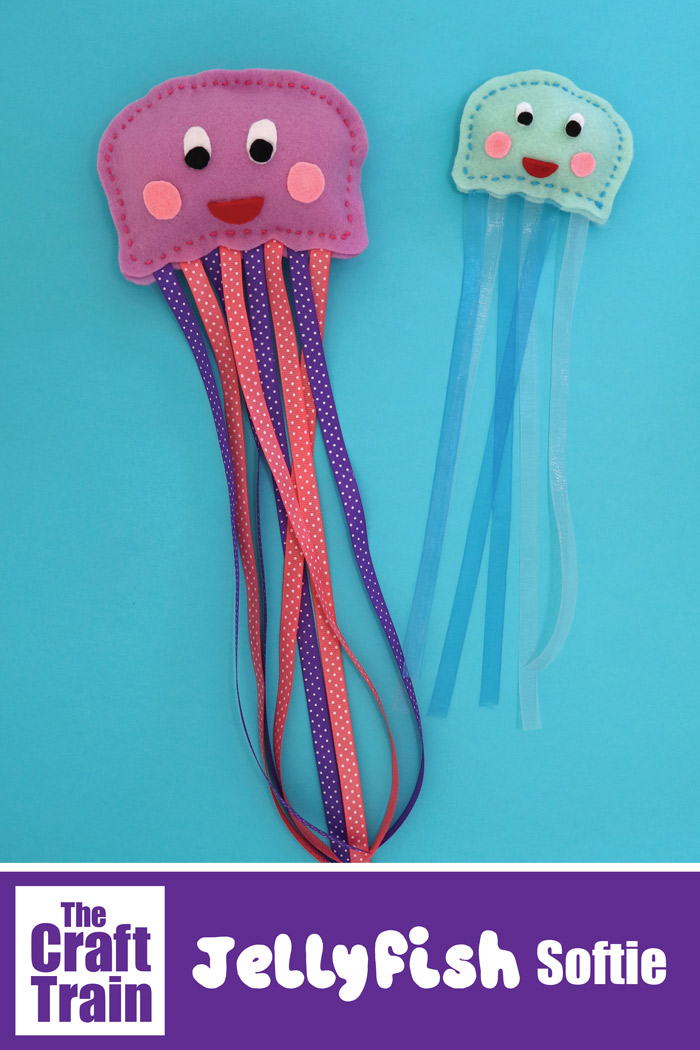 I can’t believe it’s already the tail end of July. Do you know what that means? It’s Sew a softie time!

Sew a Softie is an initiative organised by Trixi of Coloured Buttons, with the aim of getting kids around the world learning to sew. It’s so much fun, and has gathered quite a following with tons of bloggers and crafters worldwide along with loads of organised kids groups participating.

We’ve joined in with Sew A Softie before with our felt dinosaurs, sweetheart bookmarks and our happy pear ornaments.

This time around we’ve been inspired by our recent trip to Tropical North Queensland to make a jellyfish. Of course, the most notorious jellyfish in that region is the deadly box jellyfish which was thankfully not present in the ocean at the time of year we visited. Before we get started let’s have a think about just how incredible jellyfish are. Here’s a few fun facts to talk about whilst you sew the softie.

And now, onto the craft…

How to sew a jellyfish craft Print out the template and select the size you wish to make.

Pin the body to two pieces of felt and cut them out. Hold the facial features over a piece of felt scrap and cut out the shapes (they are too small and fiddly to pin). You could alternatively design your own face. Place the second body piece on top of the one with the ribbon sewn on and sew most of the way around using running stitch. 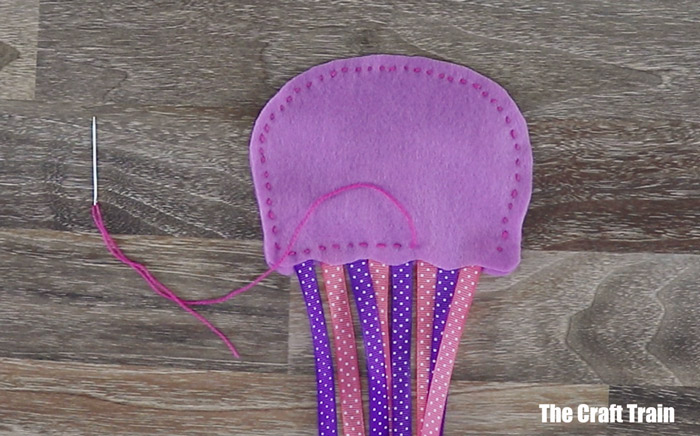 When you have a small gap left fill it with stuffing, then sew closed. Glue the facial features on. Of course, you’ve probably had so much fun making the first jellyfish you’ll want to make another one. Here’s our box jellyfish (Ok so I designed this craft before I discovered that they have 24 eyes! You could always modify your own version). Check out a few more softie’s from this series like these cute cookies by Creating Creatives, this scrap-eating monster by My Poppet and this Very Hungry Caterpillar by Oh Creative Day.