Make some mini banjos from old jar lids and loom bands. This is a fun musical instrument craft for kids and the finished miniature banjo is so adorable! Jar lids and washi tape are both things I’ve been collecting for a while, feeling sure that they would come in handy for some future craft idea (I may have been called a hoarder once or twice).

Now I’ve finally used them for something – hooray! The kids love these mini banjos so much that they don’t even mind that I raided their loom band collection for the strings. You can make your own Mini Lid Banjo in less than ten minutes (and that’s a conservative estimate). 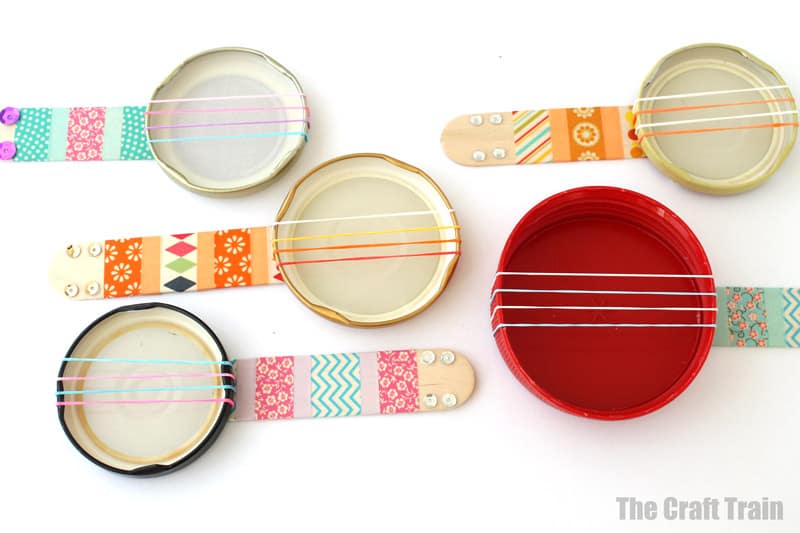 How to make a mini lid banjo 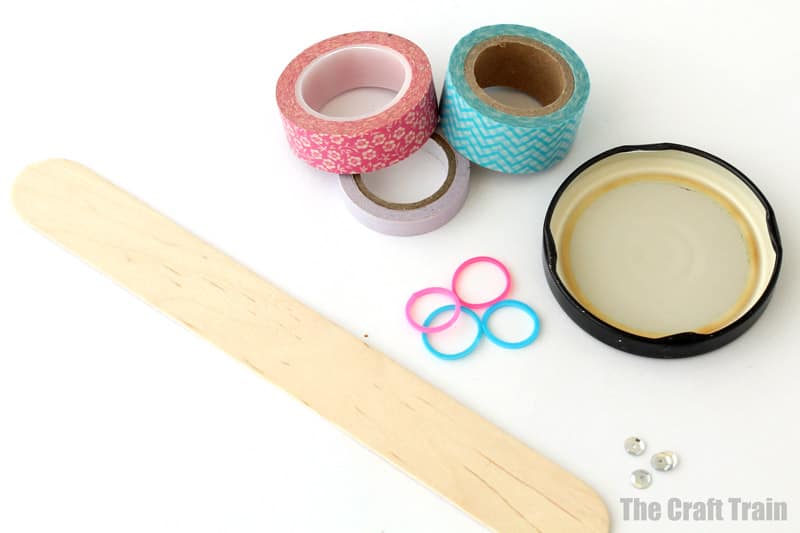 Place four loom bands over the lid and secure in place with a piece of duct tape as shown (I did try a hot glue gun for a more seamless finish but guess what? the loom bands melted and snapped as soon as they touched the hot glue – whoops!) 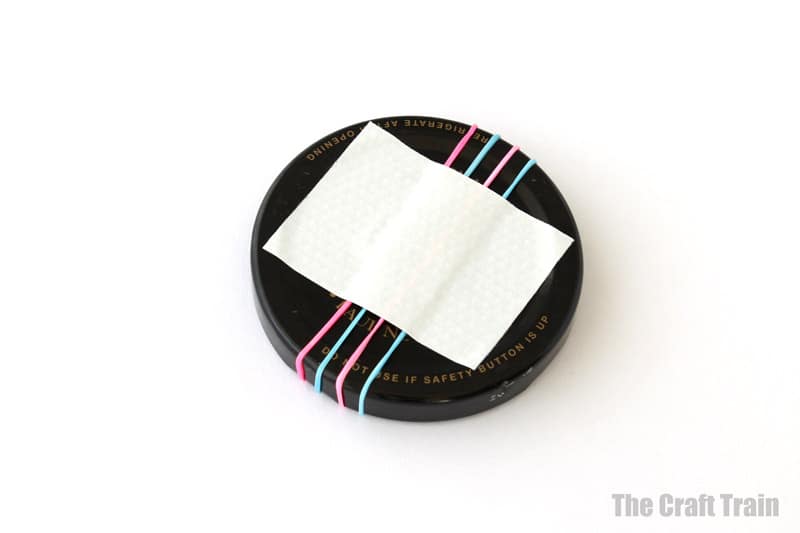 Next cut the end from your jumbo craft stick and decorate it with a washi tape pattern. 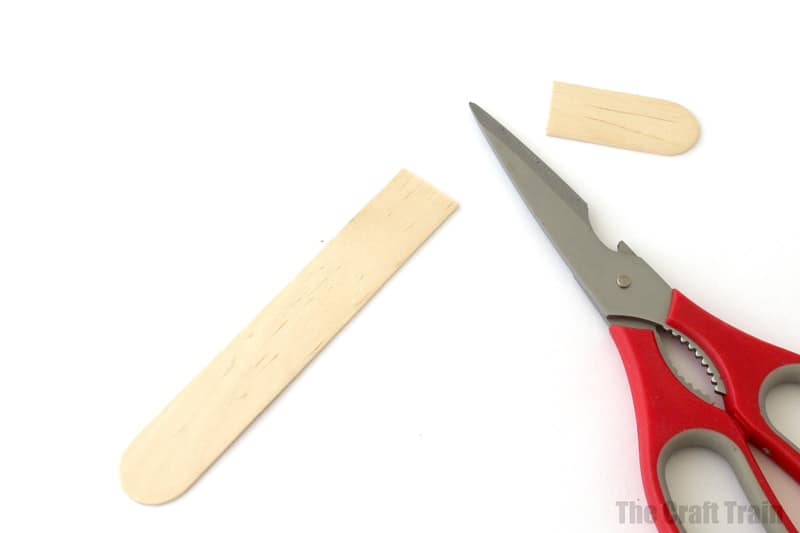 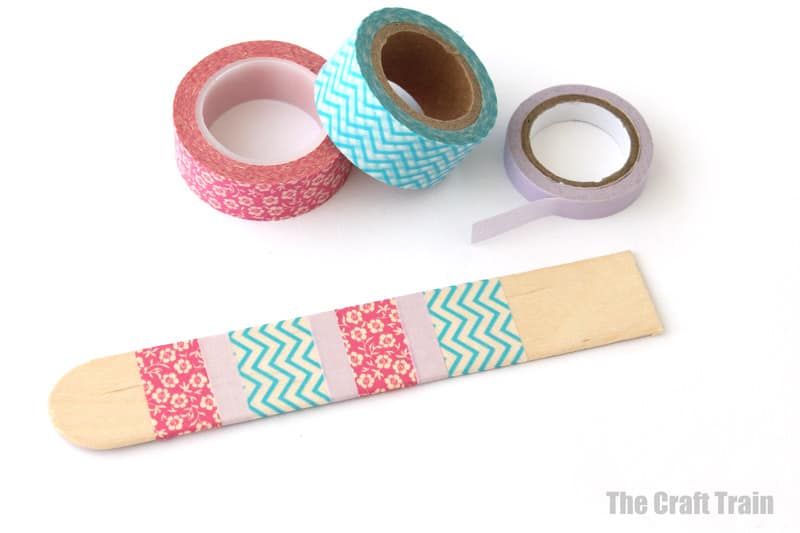 Now attach the lid with loom bands in place to the craft stick with a second piece of duct tape.

Finally use small dabs of craft glue to stick on your sequins, or alternatively use plastic gems or a marker to draw the little tuning knobs on the end of your banjo handle. 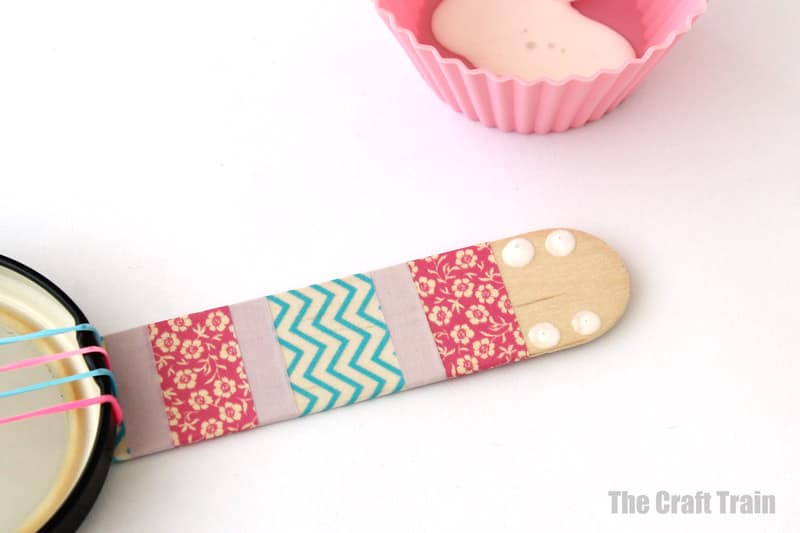 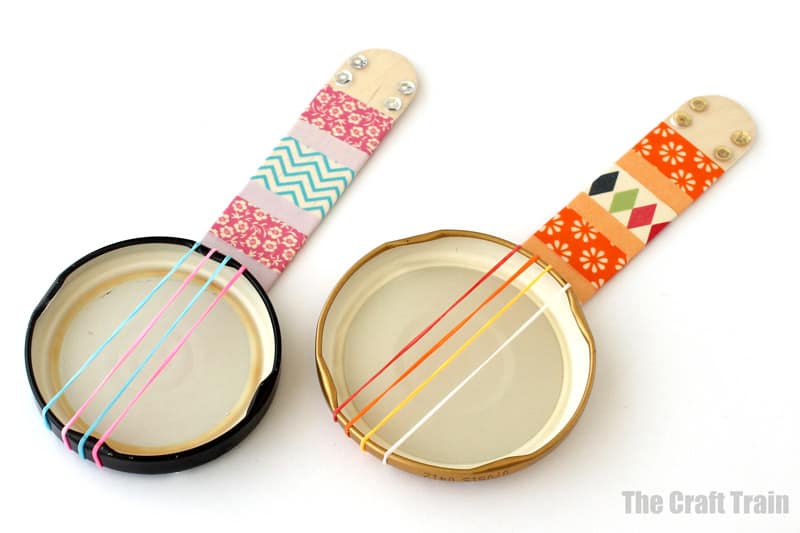 That’s all! The sound is less amazing than I’d hoped for but they do look cute and that’s the most important thing don’t you think? 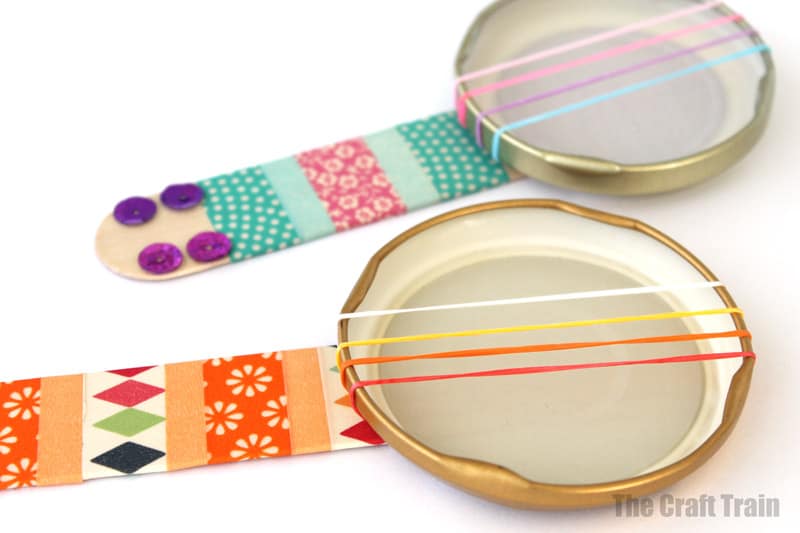