Make a paper plate cassowary with our latest printable template.

Cassowaries hide out in the Daintree Rainforest in Tropical North Queensland, Australia. This is an extra special animal craft because these big birds are beautiful, rare and just not celebrated enough. 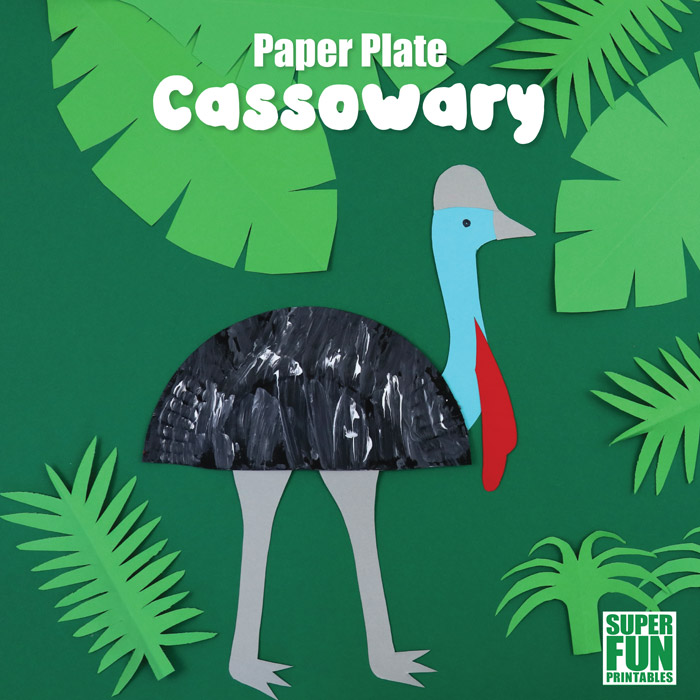 Two weeks ago our family was enjoying a road trip adventure in Tropical North Queensland. We saw turtles, fish, bush turkeys and several huge salt water crocs. We also hoped against hope that we’d see a wild Cassowary on one of the rainforest walks we did.

Cassowaries are pretty amazing. They have a fearsome reputation because they have been known to attack humans with their sharp claws if they feel threatened, or if they think one of their chicks is being threatened. Usually they are pretty shy though, so attacks are rare and for the most part unlikely (just don’t be silly enough to approach one of these birds or one of their chicks!). 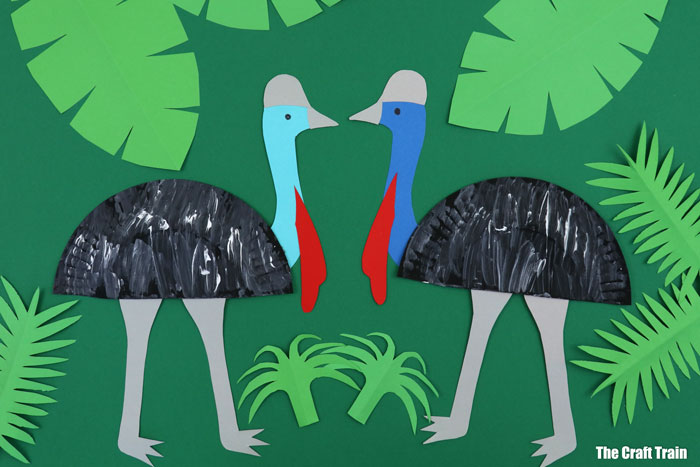 We were very lucky because we did end up seeing a father cassowary and his chick crossing the road whilst driving through the Daintree, and my husband and daughter also saw one dash across the South Mission Beach caravan park we were staying at – lucky things! Adam managed to get this pic of it running off into the distance. Before we get started on the craft, here are a few interesting Cassowary facts to share with the kids while you make it…

And now let’s get started on the craft!

How to make a paper plate cassowary 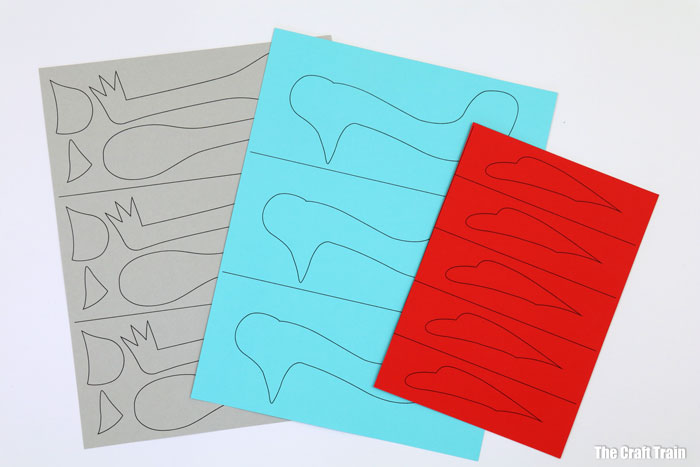 Cut your paper plate in half 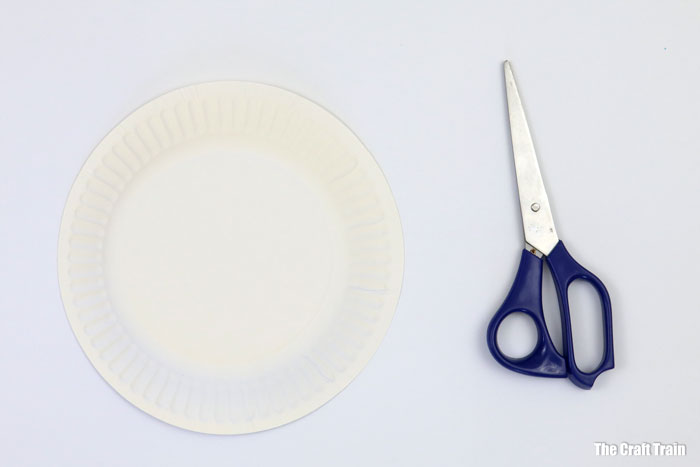 Paint the plate black, then while the black paint is still wet use a toothbrush (an old one you no longer need works great) to brush white on top of it to get the feather textured look. Glue the legs and neck onto the back of the plate 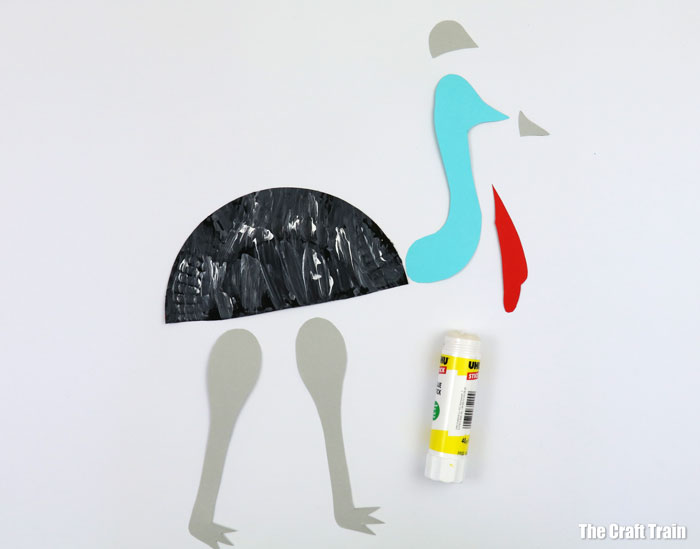 Turn over and glue the beak, horn and red wattle onto the front and draw and eye with a black sharpie 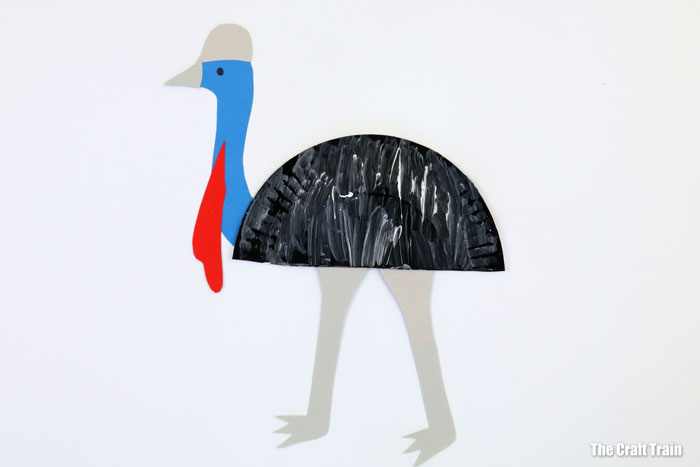 If you like you can even cut out some rainforest leaves from paper to make your cassowaries feel more at home. 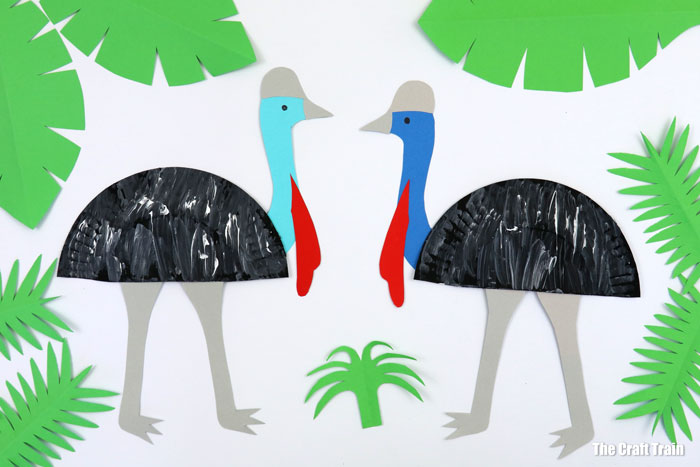 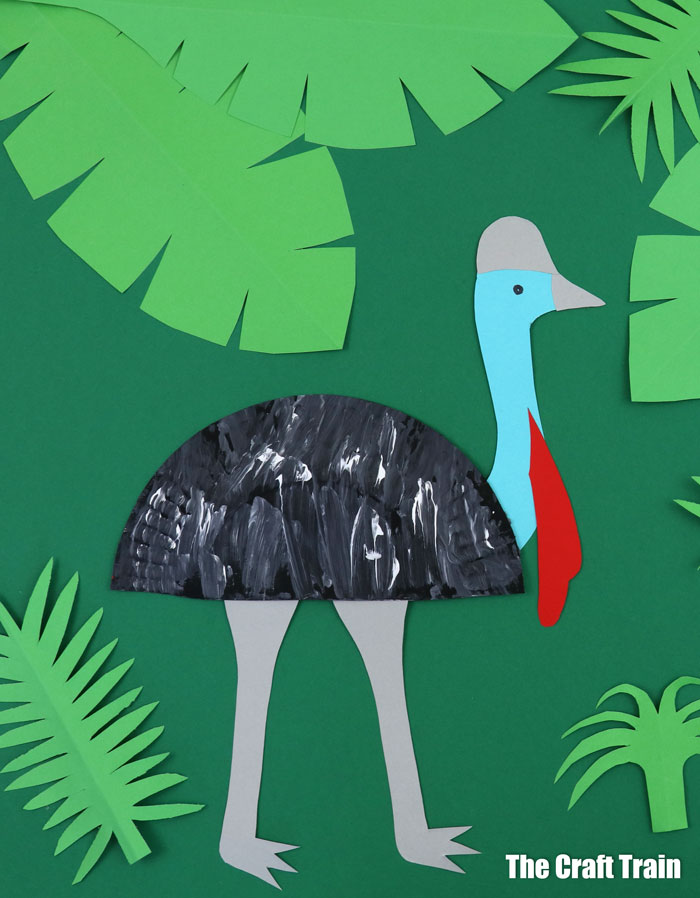 You can get the template here 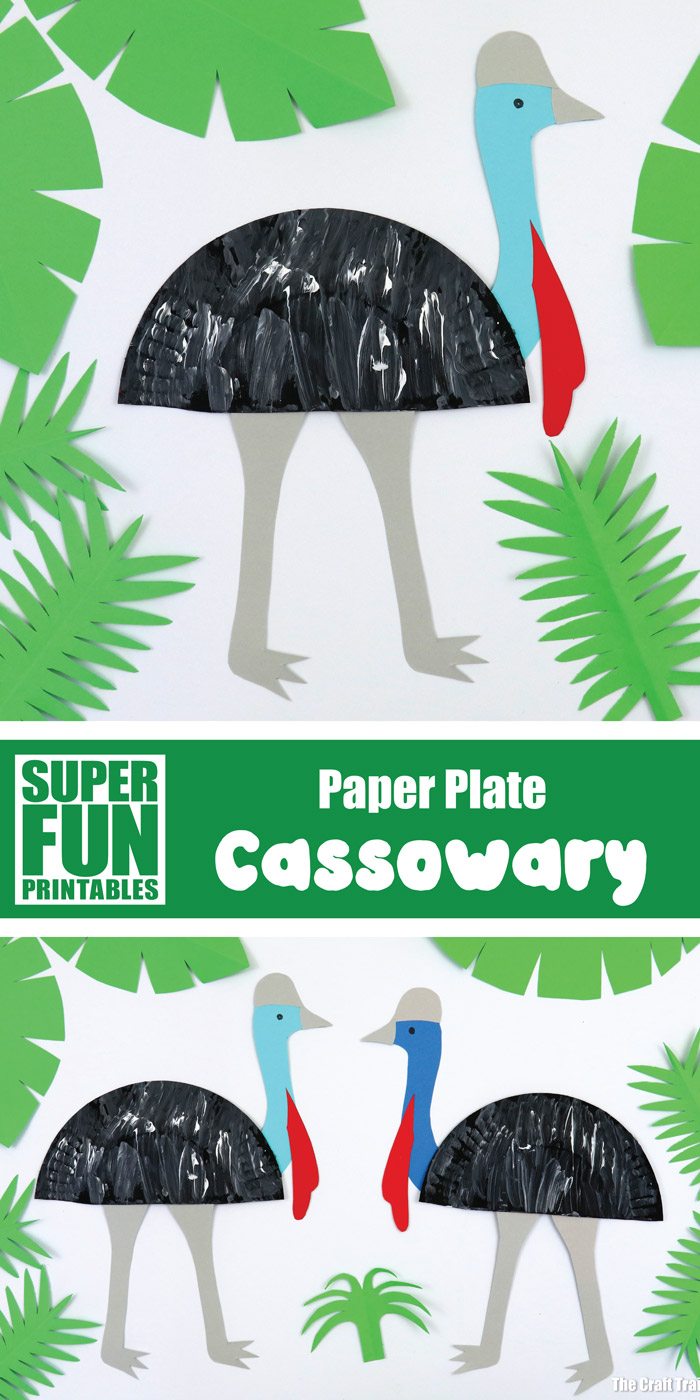