Do you have a kid who likes goldfish? If so you’re in luck, because today we’re sharing a super-easy pom pom goldfish for kids to make. The printable template’s a freebie. We can’t get enough of cute pom pom animal crafts. In the past, we’ve made pom pom turtles, hedgehogs and pandas. Now we’re adding to the collection with this fluffy yarn goldfish. I know what you’re thinking: goldfish aren’t fluffy, but you try telling these guys that. They think they look great in shaggy yellow and orange yarn.

This easy printable craft is made with our medium-sized DIY cardboard pom pom maker. To make it simpler for you, I’ve included the correct sized template in the same download as the goldfish frame. To get your copy put your email address in the box provided and the template will be emailed to you.

How to make a pom pom goldfish

Cut around the outer edge of the rectangular shape on your template. Fold it in half on the centre line and glue together so you have a double-sided card. 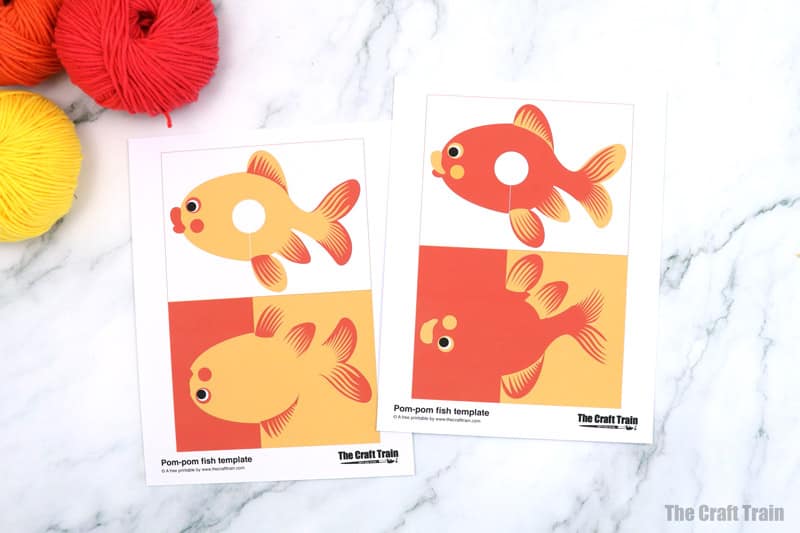 Cut around the fish shape on the side that has a white background. Then cut along the white slit and cut the centre circle out.

Create your own DIY pom pom maker from recycled cardboard using the pom pom maker template. For more detailed instructions on how to make it see this article here. 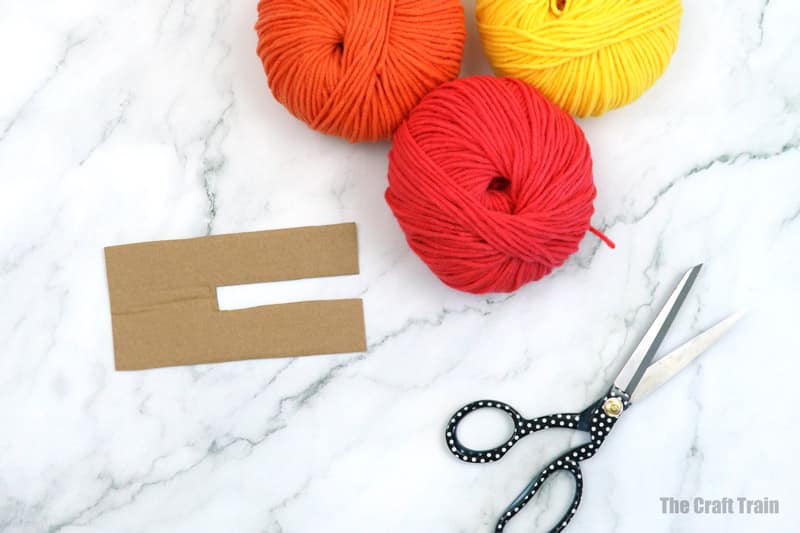 Wrap yarn around the pom pom maker until you have a puffy bundle of it. Tie it in the centre and slide off the end of the pom pom make. Wrap the string around it a second time and tie it extra-tight. 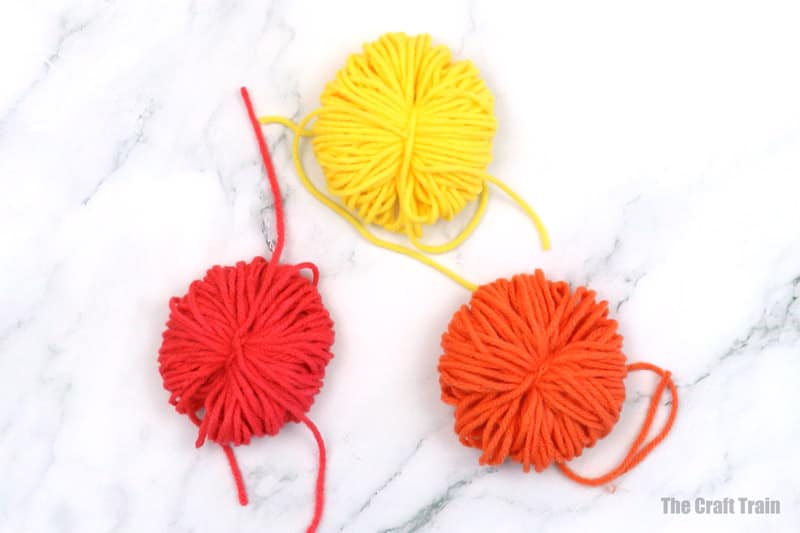 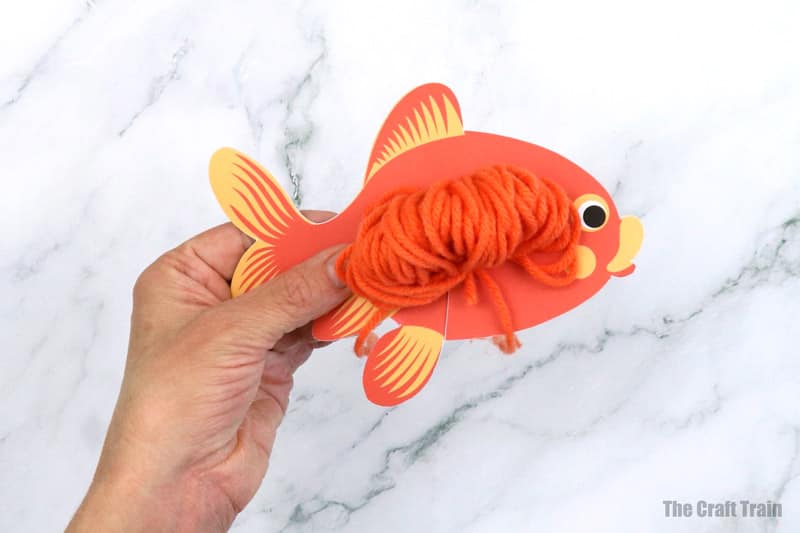 The goldfish looks cute all shaggy so you can leave it this way if you want, but I gave our fish a trim to tidy them up.

Now all you need to do is make him some friends!