This is a simple DIY toy kids can make from a paper cup and a balloon. It’s also a great STEM activity for frosty indoor weather (or in our case in the Southern Hemisphere, stinking-hot indoor weather).

DIY toys are one of my favourite craft categories. They’re a great way to keep kids occupied for longer than just the craft activity alone, so it’s kind of like getting double the value. 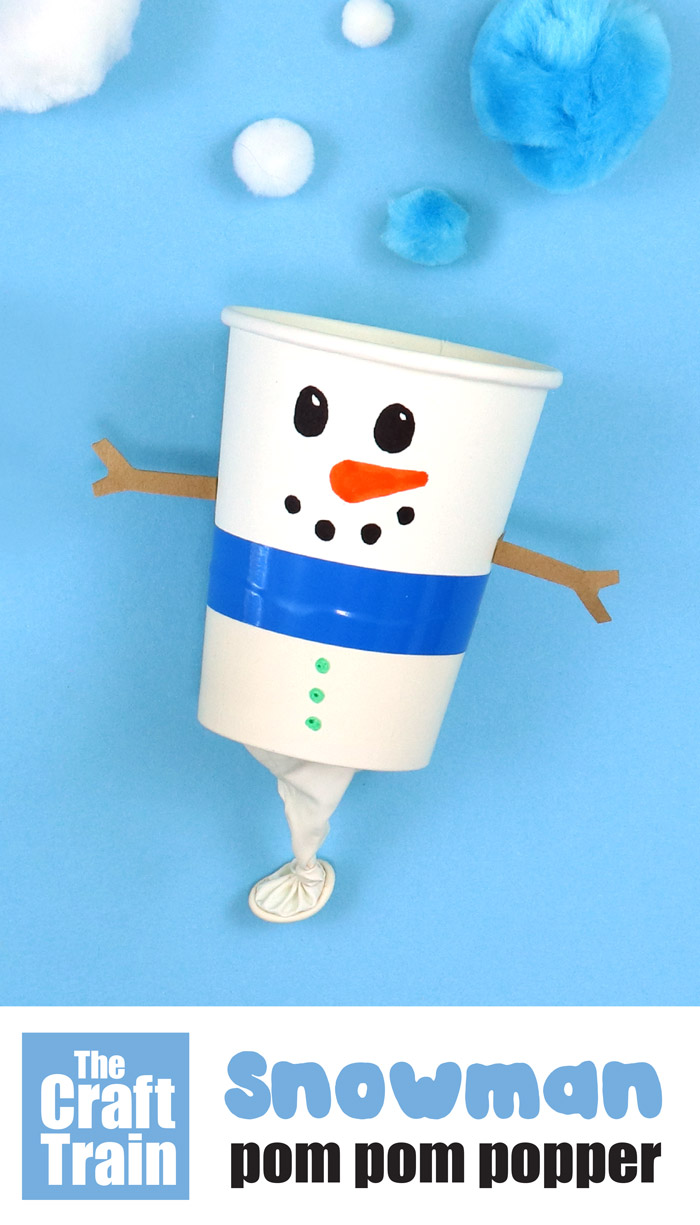 I get lots of my craft ideas in the middle of the night. It’s like I dream them, then wake up at two in the morning and I just can’t stop thinking about making them.

Well, this week I woke up thinking that wouldn’t it be cool to make a DIY toy snowman craft that could actually hurl snowballs across the room. Then I remembered our spooky pom pom poppers we made one Halloween, and knew that was the answer.

So you could say I’ve made my dream come true – because today we bring you snowball-throwing snowmen! 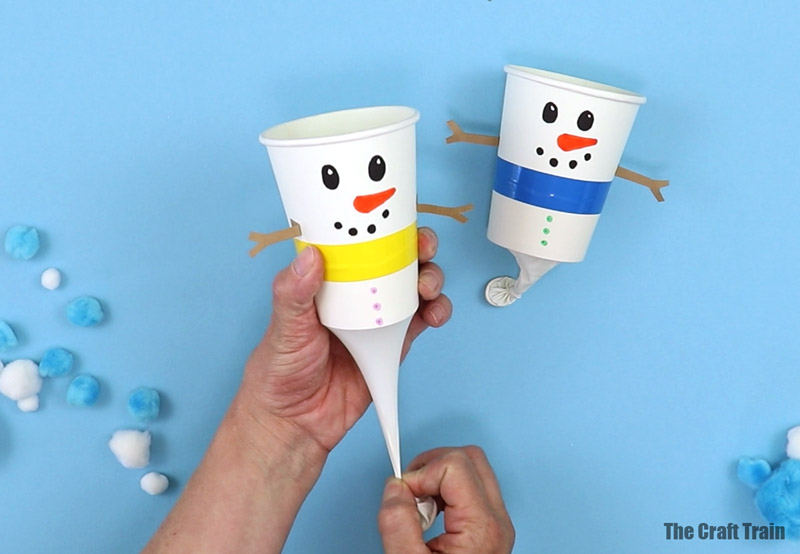 To fling the pom pom snowballs, stretch the balloon base, let go, and watch them fly!

Once they’ve made the pom pom shooter kids can experiment with quantity and size of pom poms. Do you think the mini pom poms would fly further than the large ones? What about if you fling a whole bunch of them at once? Or, you could just have a good old snowball fight (and sadly, these are as close to real snowballs as we get around here!).

Want to make one? Here’s how…

How to make a pom pom popper snowman craft Cut a cross in the base of the paper cup with your craft knife, or poke a hole and cut it with scissors, dividing it into quarters like a sandwich. Rip each quarter shape out, leaving a hole in the base.

Stretch the balloon, blow it up and then let the air out again. Tie a knot in the end and then cut the rounded top end off the balloon about 1/4 of the way down. 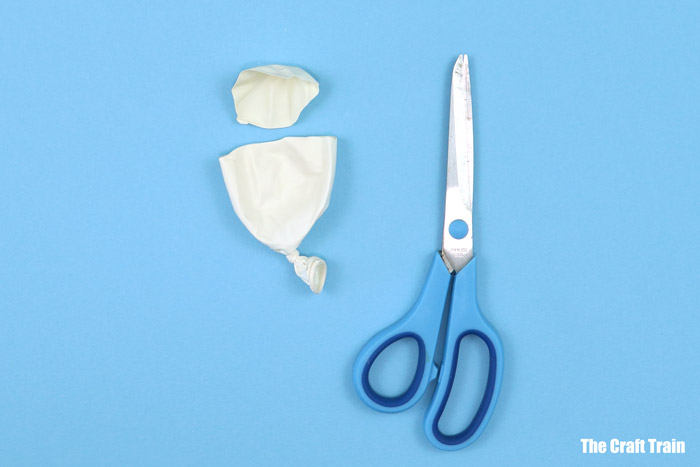 Stretch the piece of balloon with the knot tied in the end across the base of the paper cup. 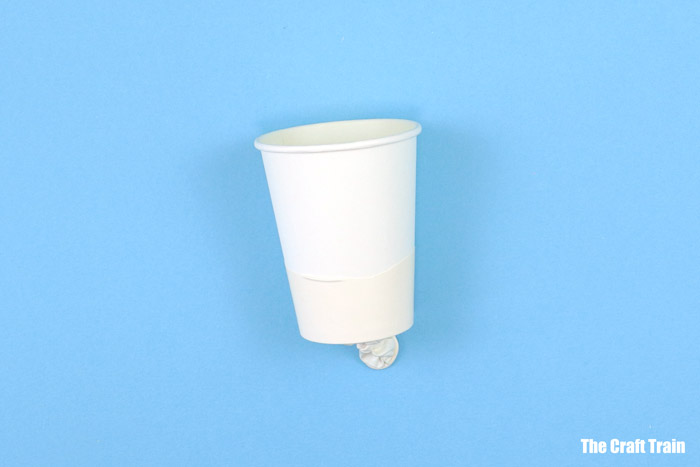 Secure in place with electrical tape. Decorate to look like a snowman. Draw a face on with sharpie or felt tip markers. Fold a small piece of brown card stock in half and sketch a stick arm shape on it. Cut this out while the piece of paper is folder to get two arms exactly the same size. Attach these to the sides of your snowman popper with double-sided tape. You can draw some buttons on with sharpie markers and you’re done!