Today we’re sharing an easy craft for all the dino fans out there – make a printable dinosaur paper bracelet.

This papercraft is a great way to support kids learning about dinosaurs or makes a fun low-prep activity for a rainy afternoon. Tyrannosaurus Rex dinosaurs are notorious for being one of the biggest, scariest carnivores to ever walk the planet. Before we get started, here are a few fun T-Rex facts you can talk about with the kids while they make their dino bracelet.

How to make a dinosaur paper bracelet

Simply print, colour, cut out and glue together. 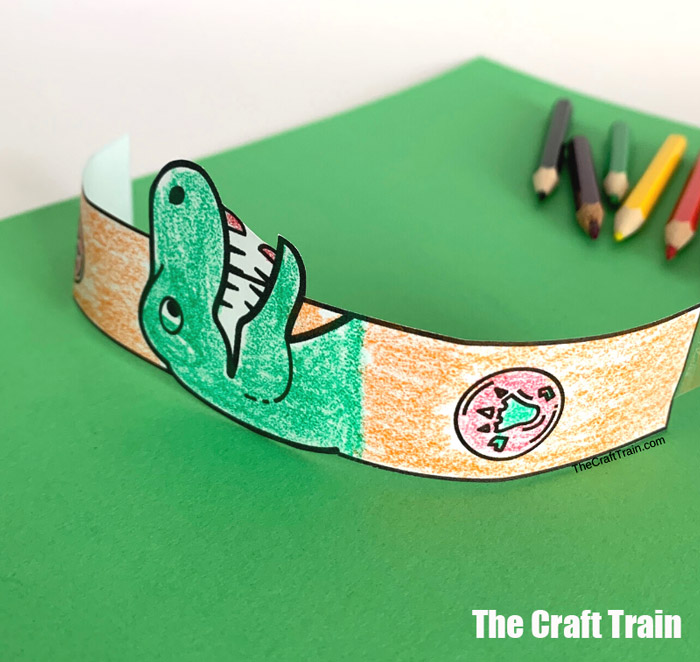 Isn’t it Roarsome? Now you can make a matching Shark paper bracelet.