Many of you would have made or at least heard of God’s Eye weaving crafts. They are a traditional craft with spiritual significance originating in Mexico, but the technique has been adopted around the world as a fun and easy craft for kids.

My kids (aged 8 and 9) love to make God’s Eyes, and we have their kid-made versions hanging all over the house. I haven’t shared a tutorial here on the blog yet (although I’ve always mean’t to “one day”). Here is a pic of some my kids have made to give you an idea of what I’m talking about. Well, here are some yarn stars you can make using the Gods Eye weaving technique. It uses three sticks instead of four and is slightly more complicated than the traditional four stick approach. You could easily design some of your own variations and patterns for these stars. We love how they’ve turned out!

Here’s a short video of how to make it: 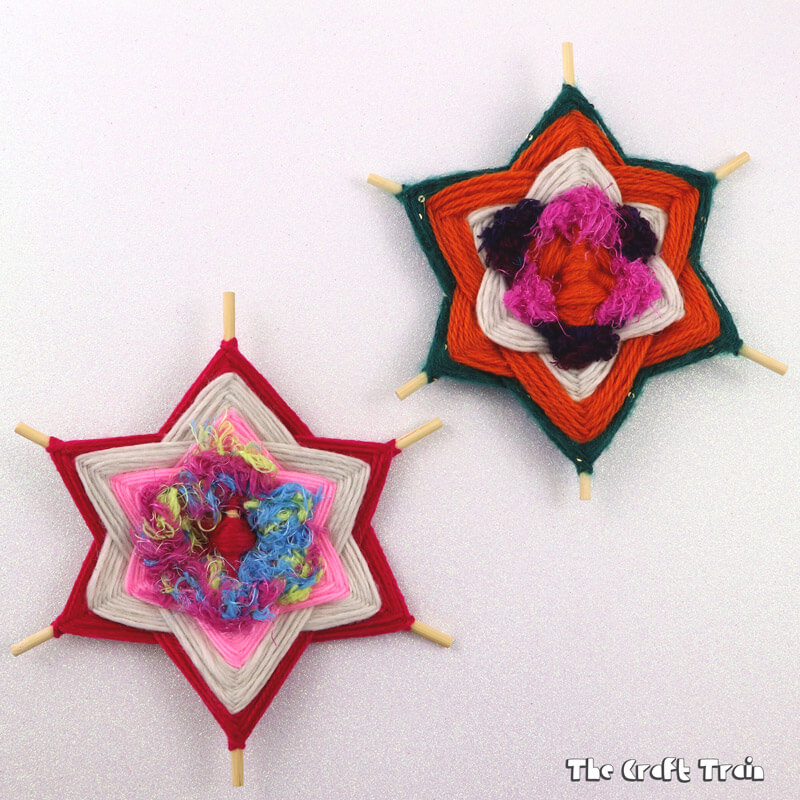 Have your tried Gods Eye weaving before?

We also have a yarn crafts board on Pinterest with loads more inspiration!