You are here: Home / Printables / How to make a whirlygig

Make a simple whirlygig DIY toy, sometimes known as a spinner, from recycled cardboard and our printable template. This is a fun STEM (or STEAM) craft idea for kids of all ages, inspired by a classic which has been around for centuries.

This whirlygig craft was originally published in 2015 and has been updated and republished for today’s audience. You might have heard of whirlygigs before – they’ve been around for generations. Some people call them ‘spinners’.

Apparently, even the Native Americans had their own version of this toy as early as 500 BC, and they were also popular back in the great depression using old buttons or similar as the centre piece when kids didn’t have many (if any) manufactured toys.

Whirlygigs are very easy to make, almost too easy, and kids will love to watch the patterns twirl and whirl around. Our printable template gives you a few different patterns as well as a blank one so kids can get creative and design their own.

OK, let’s get started on the craft…

How to make a whirlygig

Print out your templates and choose which two patterns you’d like to use best. 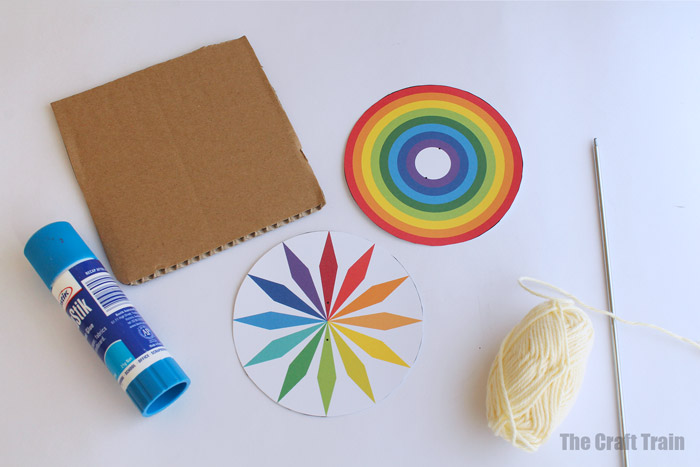 Glue one piece onto your recycled cardboard scrap, cut around it with the scissors, and then glue the second pattern onto the reverse. Poke two small holes in the whirlygig with the kitchen skewer and thread the string through, tying in a knot once done. 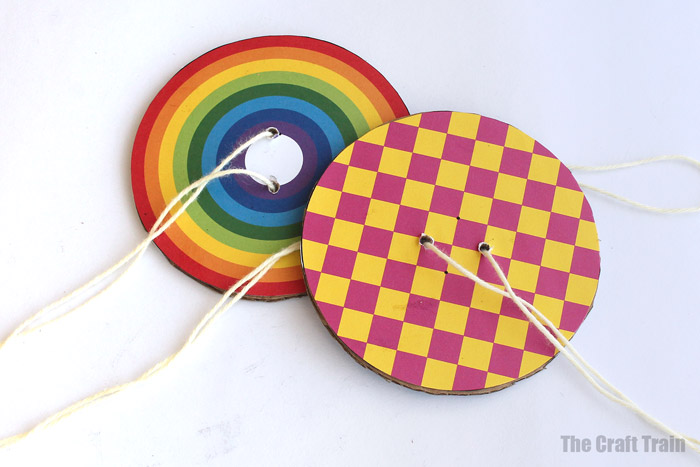 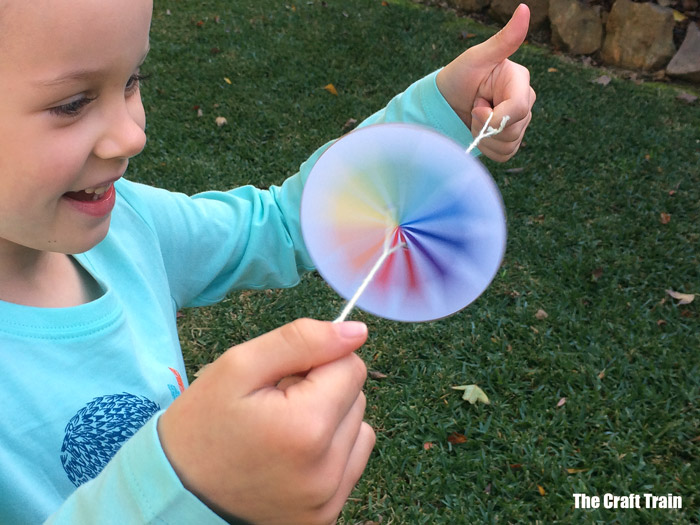 The girls both had a turn at designing their own version too using the blank template.