Upcycle some old cardboard tubes into a set of paper roll spider puppets. This is a simple cardboard DIY toy kids can make.

This spider craft is easy enough for preschoolers (with some help) and is also a great way to practice fine motor skills.

Once you’re done they will love making up puppet shows with their spiders!

This craft was first published in 2013 and has been updated and reshared for today’s audience. These spider puppets are a craft I’ve been meaning to update for a long time but haven’t gotten around to it. I thought of them this week when I shared our 3D paper spiders and our felt spiders from the Sewing Simple Softies book.

So, even though it means going into a bit of spider craft overkill, I decided to reshare them at last today.

The girls had a lot of fun with this project. You can tell that by the sheer number of spiders we made. Literally, a king’s court of spiders. We made the king, queen, jester, princess, prince, and even the queen’s mum. We would have made a queen’s dad too but we ran out of time, haha. The royal theme was something my girls were into BIG time when they were four and five. It also added to their imaginative story-telling during puppet play later on.

Although we’ve used felt to make our spiders, you could easily do away with that and just paint the paper rolls instead. It would be easier, cheaper, and stronger too because glued-on felt has a way of falling apart.

Cover the toilet roll with glue, and wrap a piece of felt around it. Trim to size. 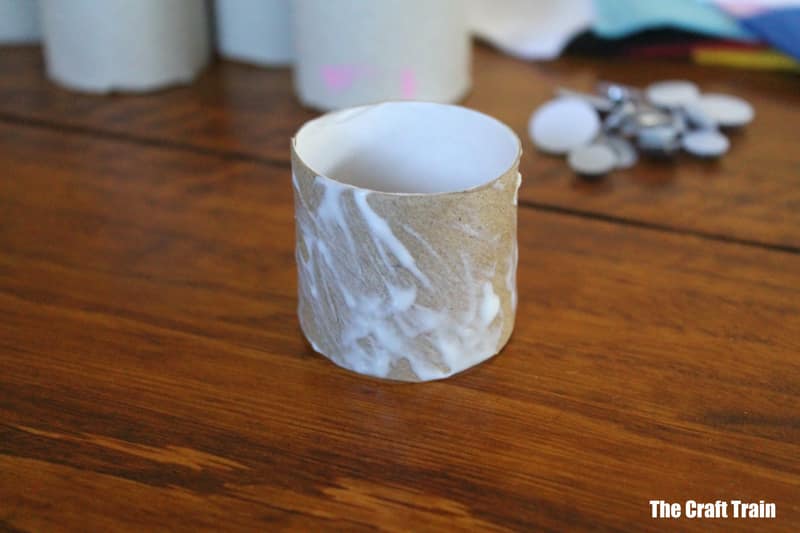 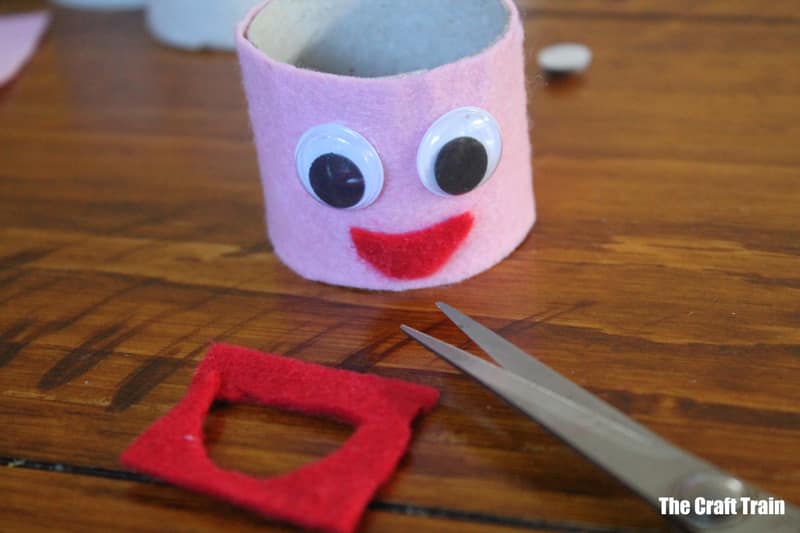 Use a hole punch to create four holes along each side. 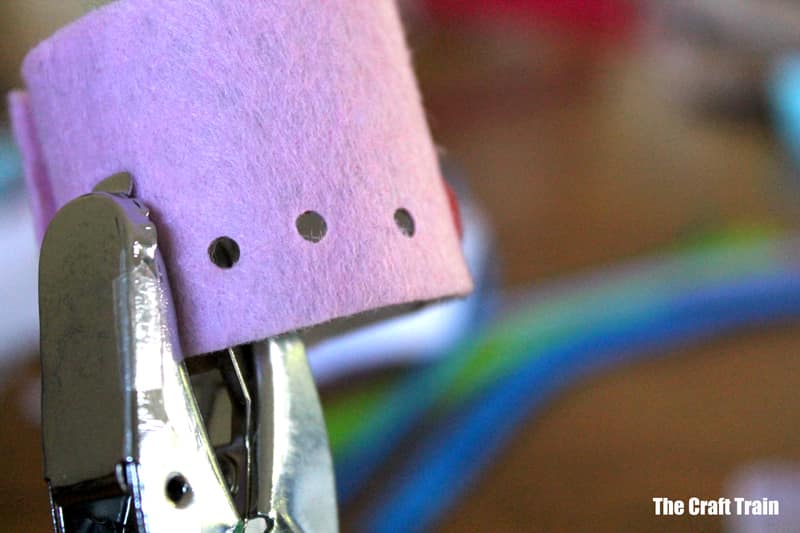 Thread the legs through. 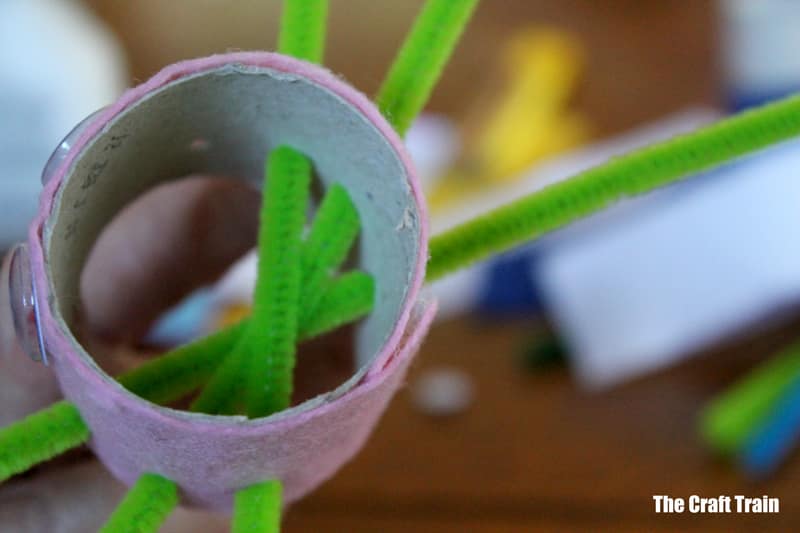 Decorate your puppet further if you wish. We added felt hair and a crown to turn this one into a princess. We also twisted pipe cleaners together to make the legs stripey. 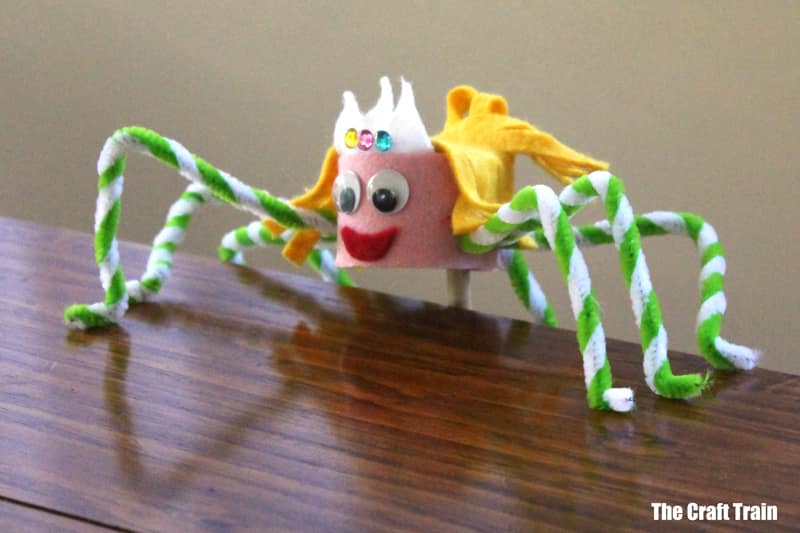 The girls had fun designing their own puppets too. 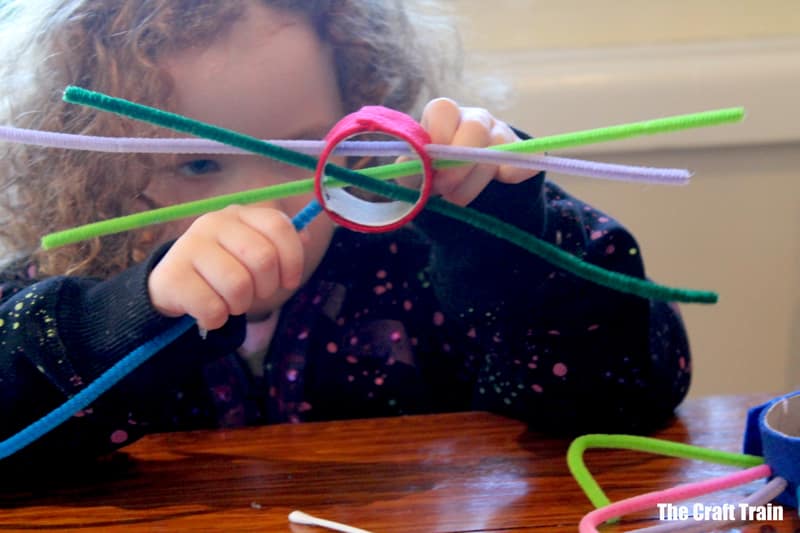 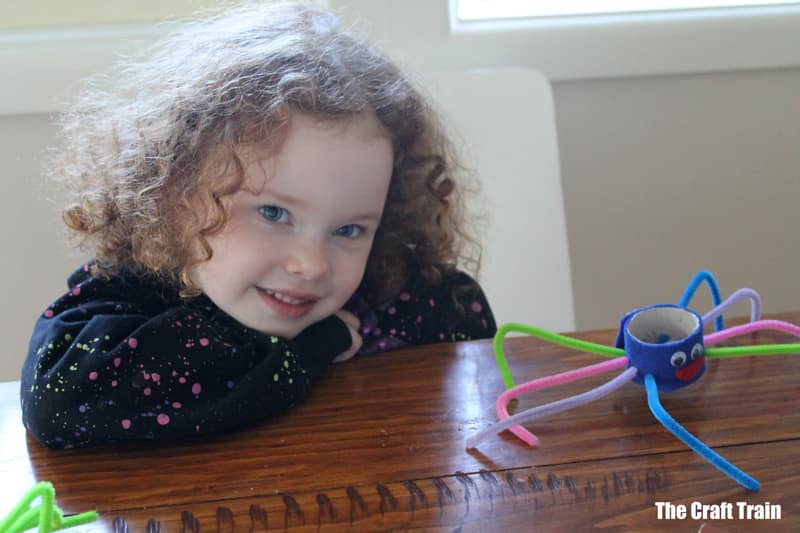 Glue a dowel rod to the inside with a hot glue gun to finish off your puppet.

Here are some more of our finished puppets … 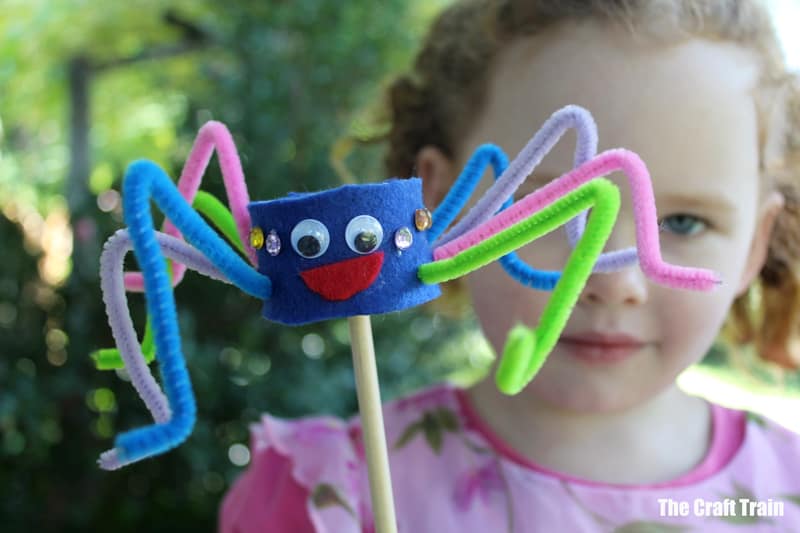 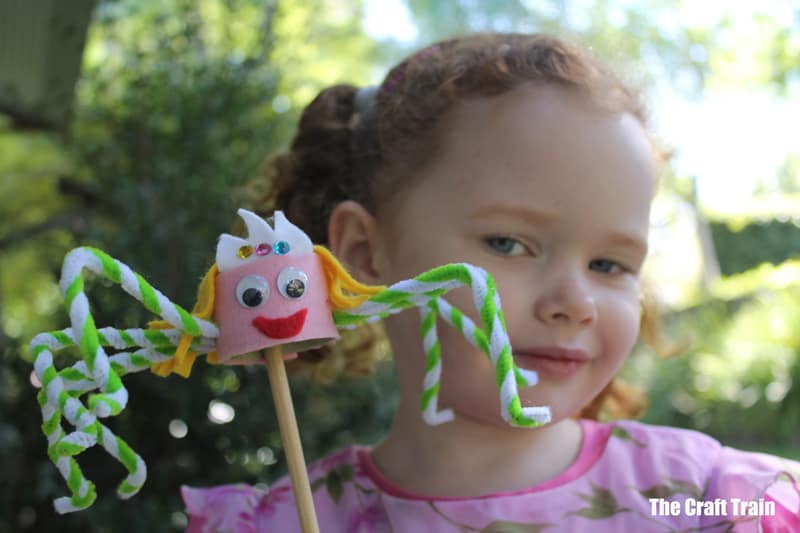 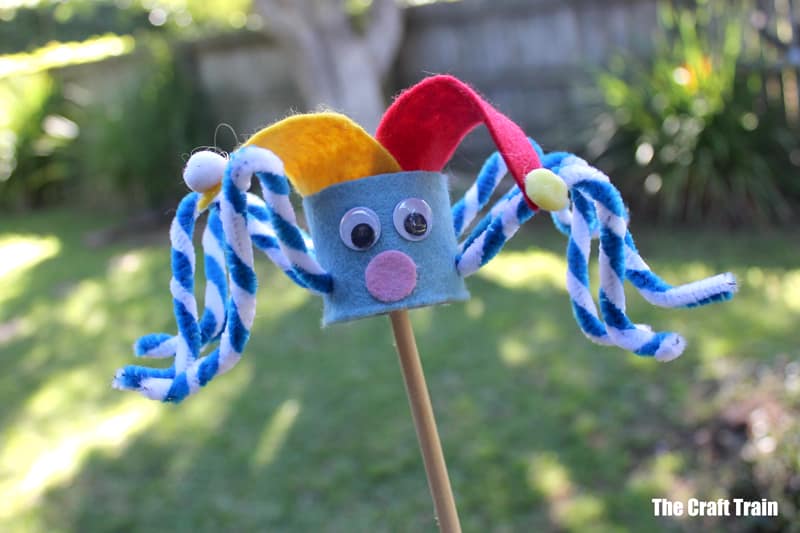 And the queen’s mum 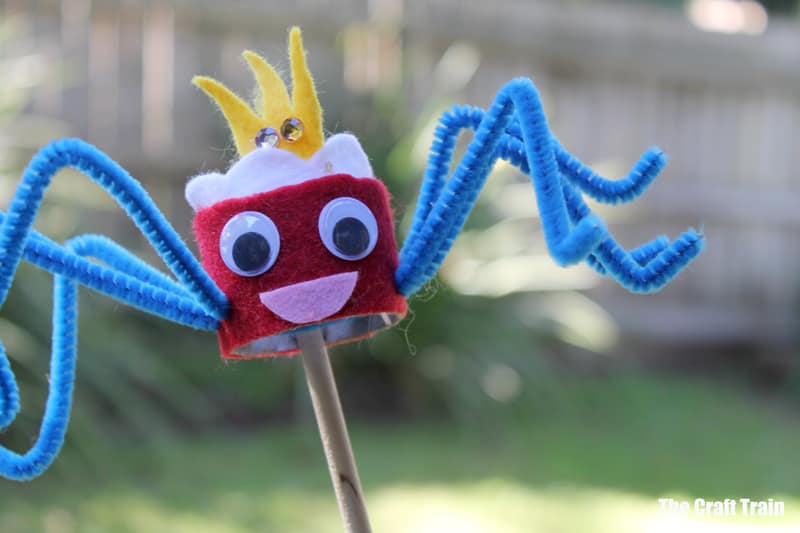 You can theme your own paper roll spiders any way you like.