Learn about the Solar System with this set of free printable solar system cards for kids! Are you the kind of person who can remember all the planets in order? I confess I’m not. This set of printable solar system cards has been designed to help kids learn to do just that.

Each card features a photograph of a planet along with its name and the number it is in order from the sun. It also includes the sun (no number) and the moon (3b, because it’s not a planet).

Officially, our solar system is the only star with planets orbiting it to be called a ‘solar system’.

But we are not the only planetary system out there that includes a star with planets orbiting around it. According to the NASA website, there are 3260 and counting within the Milky Way alone. And remember, the Milky Way is just one of billions of galaxies, so there would be way more than that.

Kind of makes you feel small, doesn’t it?

To make you feel even smaller, let me point out that to get from one end of the Milky Way to the other, you’d have to travel at the speed of light for 100,000 years.

How to use the printable solar system cards Here are a few different ways you can use the cards: Get the Solar System cards

To get your copy of the Solar System cards enter your details in the form below and they will be sent to you via email. 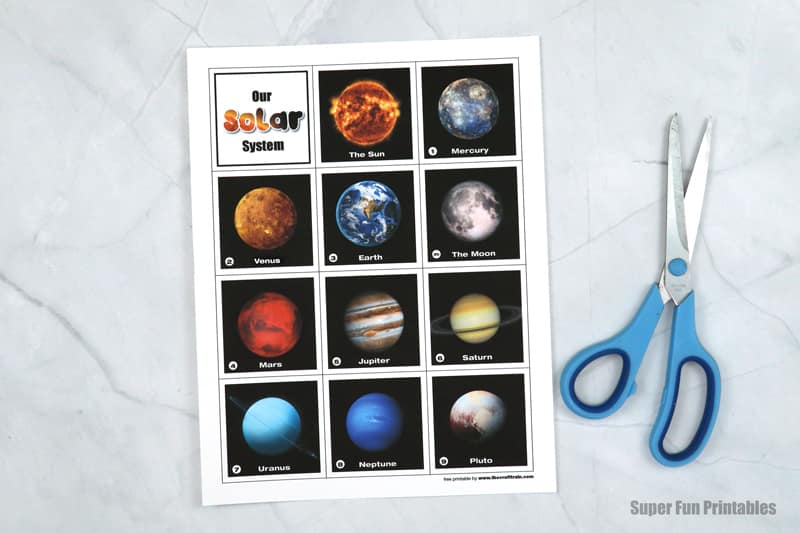 I hope you have fun with the cards!