You are here: Home / Crafts and Activities / General Crafts / Finger knitting for kids

Finger knitting is a fabulous and easy craft for kids of all ages (from around the ages of 5 and up, but younger kids may be capable also). It’s a simple stitch, requires no experience or expertise, no equipment other than yarn and scissors and it is much, much quicker and easier than traditional knitting. It’s similar to french knitting with a similar result, but quicker and easier than that too. 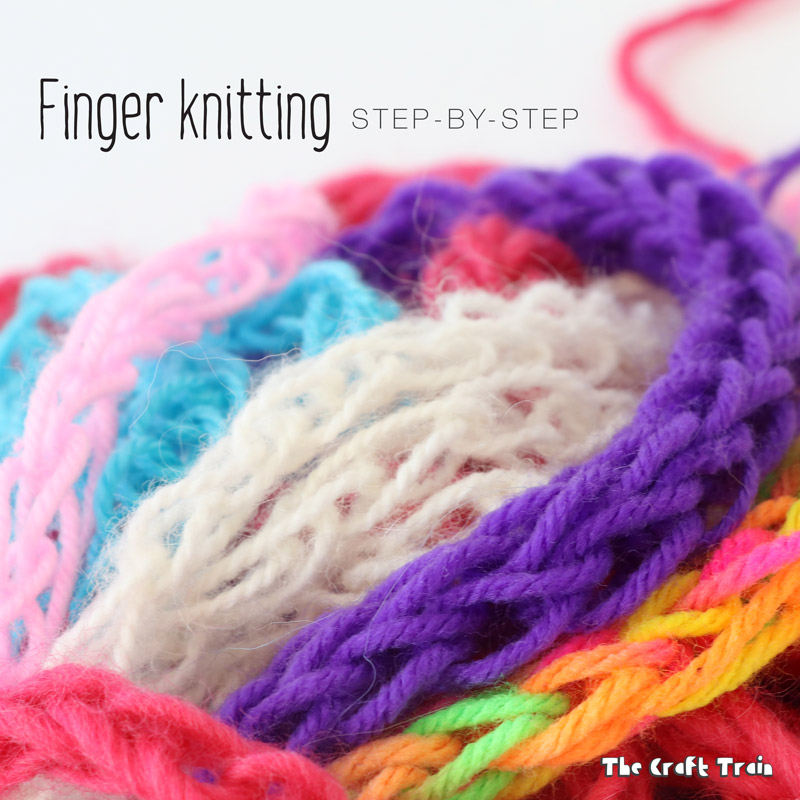 In this post my girls are showing you how they finger knit, with simple step-by-step pictures. Some of the future projects we have planned have finger knitting as one of the steps so I thought it would be useful to have a single post with the basic stitch explained.

You can do finger knitting with just one finger, two, three or four depending on how thick you want your ‘rope’ to be. Today we are explaining two-finger knitting because that’s what my eight year old felt like making at the time.

Finger knit using one, three or four fingers by extending the figure eight to include the next two fingers, or reducing it to include only one.

Here is my younger daughter finger knitting with four fingers: 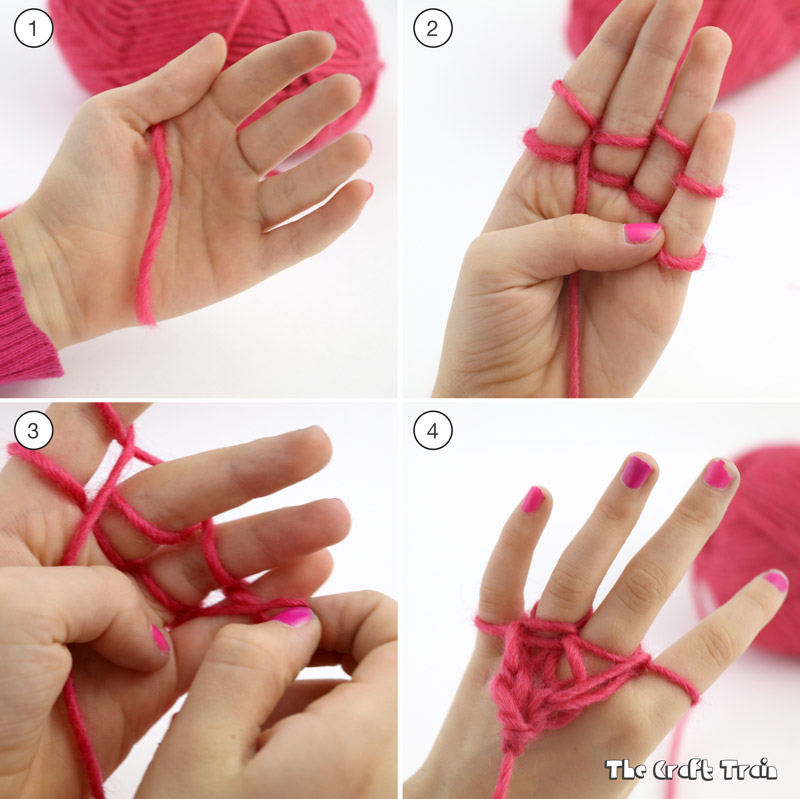 You can see how super simple it is. If you have knitted a length and wish to come back and continue it later a simple trick is to slip the ends over felt tip pens in place of your fingers. Connector pens work brilliantly for this purpose because they snap together and your knitting won’t slip off the ends. Now go on, try it yourself.

Psst Don’t forget to subscribe to our newsletter so you don’t miss our exciting future projects.