You are here: Home / Crafts and Activities / General Crafts / light up reef craft

Make a tropical reef craft that lights up in the dark! This is a fun Summer craft to help kids learn about and appreciate our planet’s coral reefs.

Note: LED tea lights are safe to use with paper because they don’t create heat, but to be extra safe switch it off when not in the room and don’t leave it on for long periods. This will also help the batteries last longer. 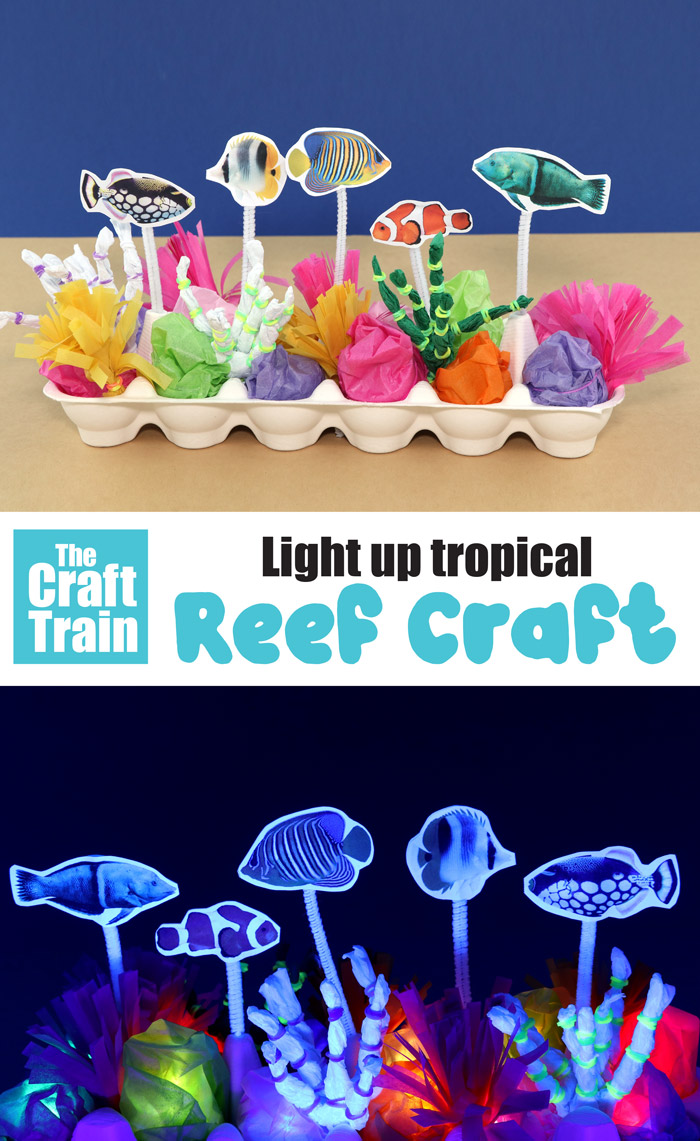 There’s something magical about the world contained within the ocean, especially coral reefs. All those colours and marine animals!

We don’t live in the tropics but we’ve been snorkelling on some of the reefs found in Australia and also in Hawaii. We’d love to go back some day.

Until then, we’ve created our own coral reef from tissue paper in an egg carton base. To turn it into a nightlight we’ve used a set of colour-changing LED tea light candles. Our candles have little switches on the base of each one, but I also noticed you can buy candles that come with a remote control – that would make it way quicker to turn the reef lights off and on in one go!

The “light up” feature is not essential. If you don’t have any LED tea lights and don’t want to buy any just screw some coloured tissue paper into balls instead. Your reef craft will still look great.

I also raided my kids’ loom band collections for this craft, and coincidentally some of the loom bands glow in the dark. I didn’t realise this until I switched the lights out—it was one of those awesome mistakes.

How to make a light up tropical reef craft 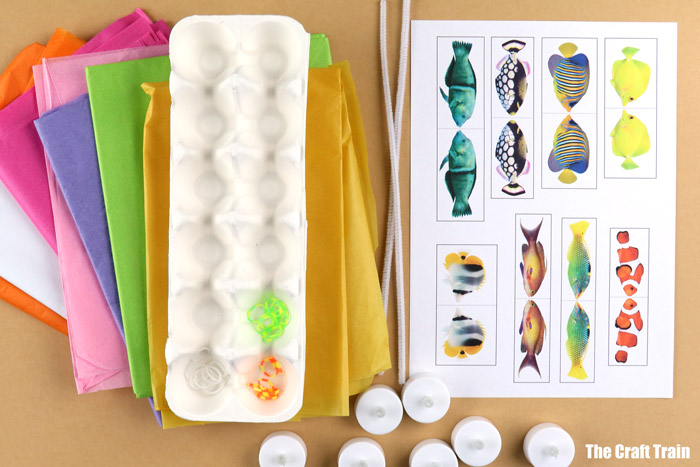 Cut tissue paper into squares that are roughly the right size to cover the LED candles. Wrap them over the top of the candle, leaving the base of the candle where the switch is uncovered so that you can turn it off and on. Use a loom band to secure the paper in place. 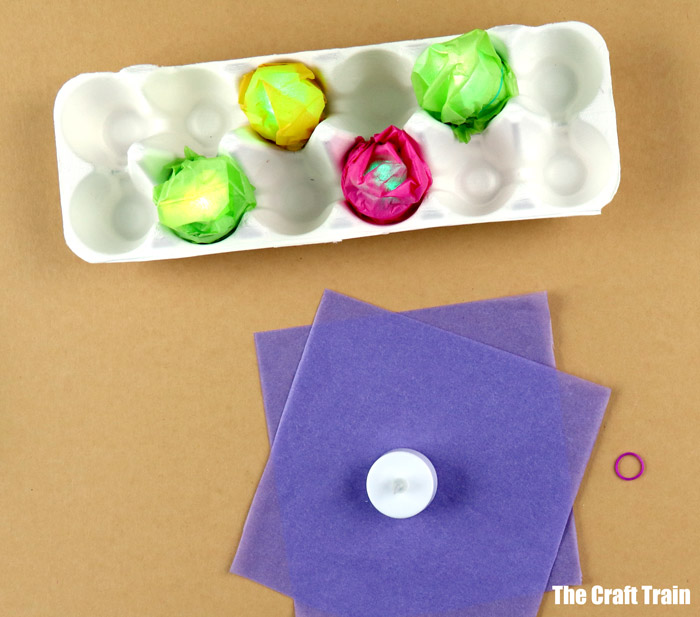 Complete this step for twelve candles so that you have a piece of “glowing coral” in each egg carton cup.

Next you will need to make some tissue paper coral, we’ve created two different types.

Type one: twist a large square of tissue paper into branches and tie each branch in three places with a loom band. Make two or three of these for your reef.

Type two: Fold a square of tissue paper over several times and fringe it with a pair of scissors. Then separate the fringed pieces and roll them up to look like little pom poms. Tie at the base with a loom band. We made some in pink and also in yellow for our reef. 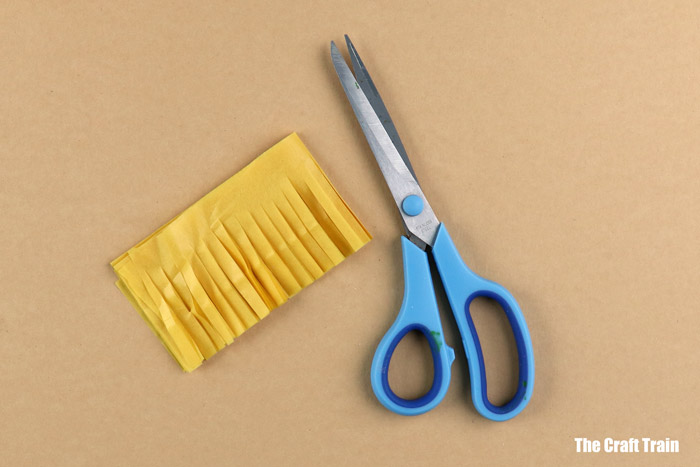 Poke the tissue paper coral into the reef to decorate, it doesn’t need to be glued. 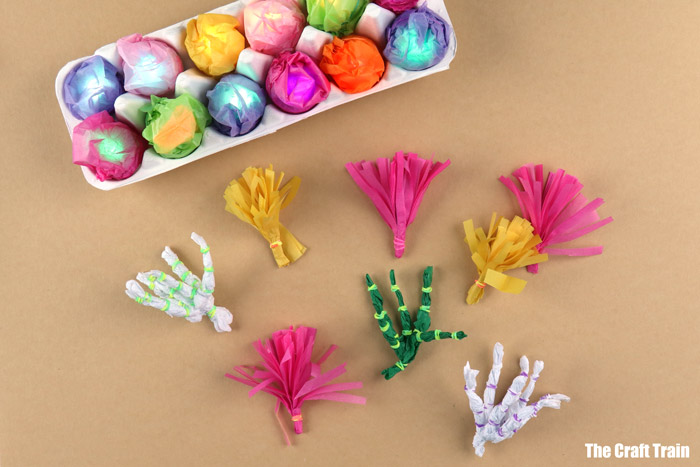 Make the fish using our printable template. You will need five fish, so pick your five favourites from the printable (or draw your own). 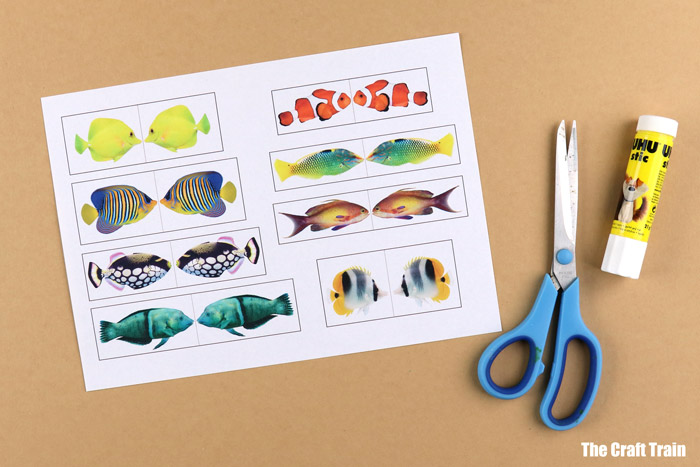 Cut out each oblong of two fish facing each other. Fold in half along the dotted line then trim roughly around the fish leaving a thin white border. 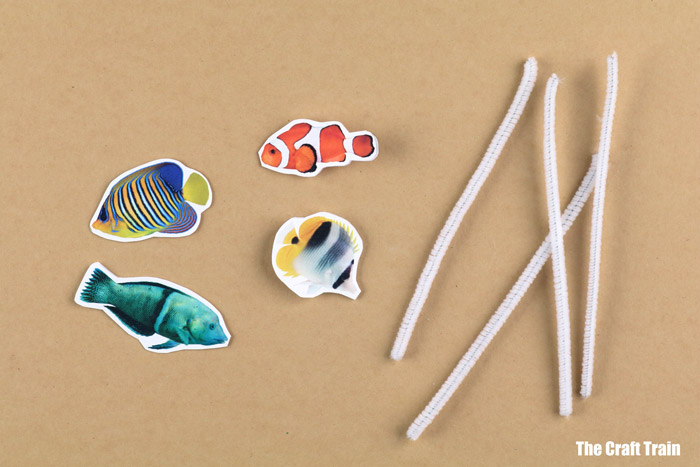 Cut pipe cleaners in half and then glue inside the folded fish, so you have a double-sided fish on a pipe cleaner. Poke holes in the pointy parts of your egg carton using a metal cake skewer. Poke a fish into each hole. This is our finished reef with the tea lights switched off, it still looks pretty cool without them.

This is what it looks like with the lights switched off…

To take glow in the dark photos I’ve used a blacklight (like the kind you get at discos that make white socks turn electric blue). These are fun to own for photography purposes but you don’t need one – unless you want have a kid’s disco at home!

So pretty… it really makes me want to go on holidays again, ha ha!