If you like pandas and you like pom poms, you’re going to love our latest printable template! With it, you can create a fluffy pom-pom panda craft. Seriously, how cute are pandas? Something about their fluffiness, their bumbling walk, and their big, black, eyes make me go ‘awwww’ every time I see one.

I decided to create a pom-pom panda craft so kids can have a ‘pet’ panda of their very own. It’s similar to our pom pom hedgehog craft, and utilises our DIY cardboard pom pom maker.

You can make your panda in realistic white yarn, or get creative and make a colourful embarrassment of them (the collective noun for Pandas is actually embarrassment!).

To make things easy, I’ve included the pom-pom maker template in the size you need within the download — it’s free for our newsletter subscribers. Enter your details in the form provided to get your copy.

They are super quick and easy to make, here’s how …

How to make a pom-pom panda craft 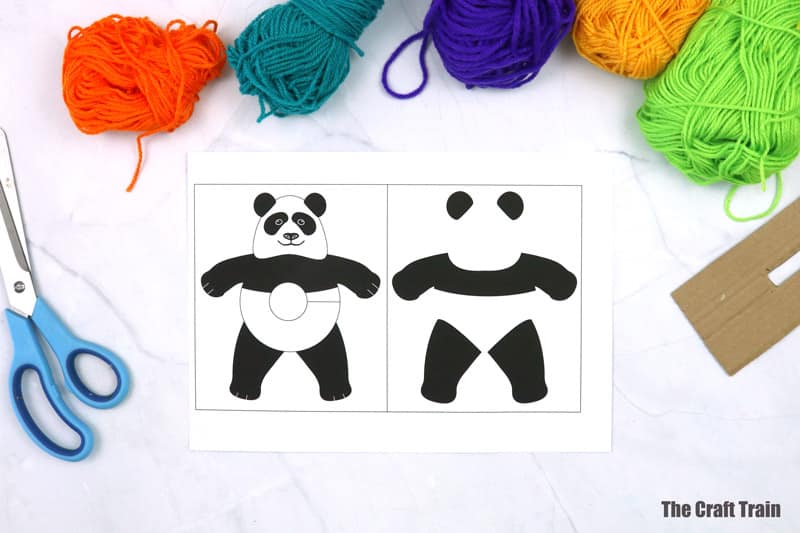 Score the vertical line in the centre of the panda template by holding a ruler against it and creating an indent with a scoring tool or blunt butter knife. This step isn’t essential but is recommended for accuracy of folding.

Cut around the outer rectangle of the shape with a pair of scissors, then fold and glue together. 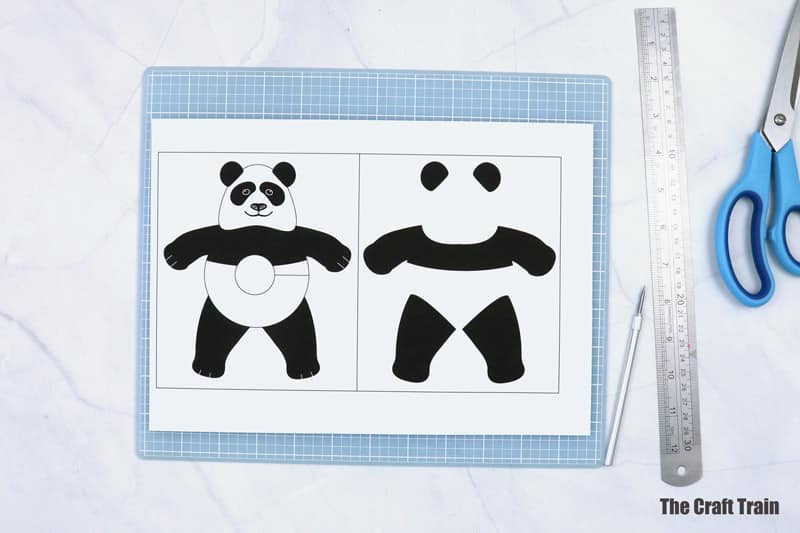 Cut around the panda outline, including the centre circle in his tummy. 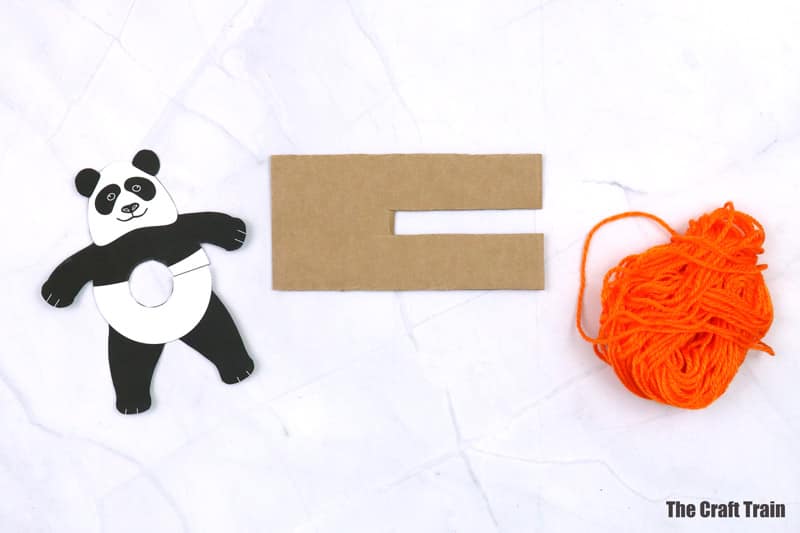 Wrap yarn around the outside of the pom pom maker until you have a thick wad of it. 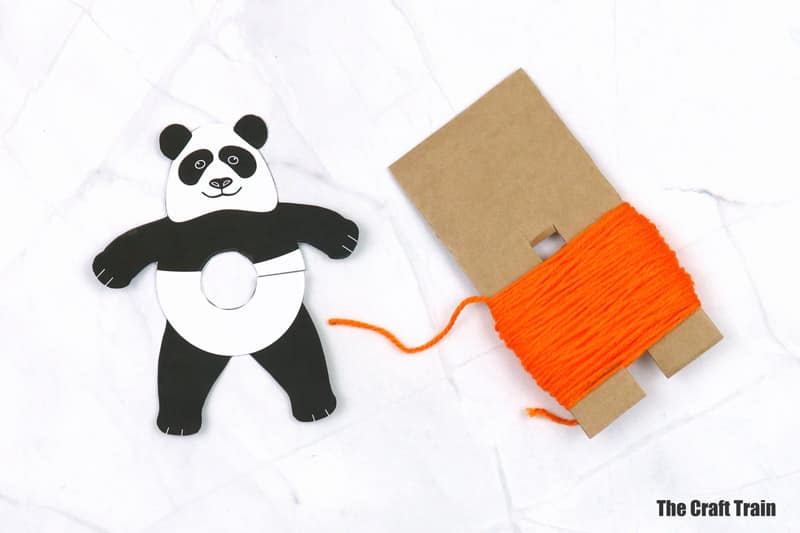 Tie a piece of yarn around the centre, then slide the yarn off the end of the pom-pom maker. Tie the centre again more tightly. 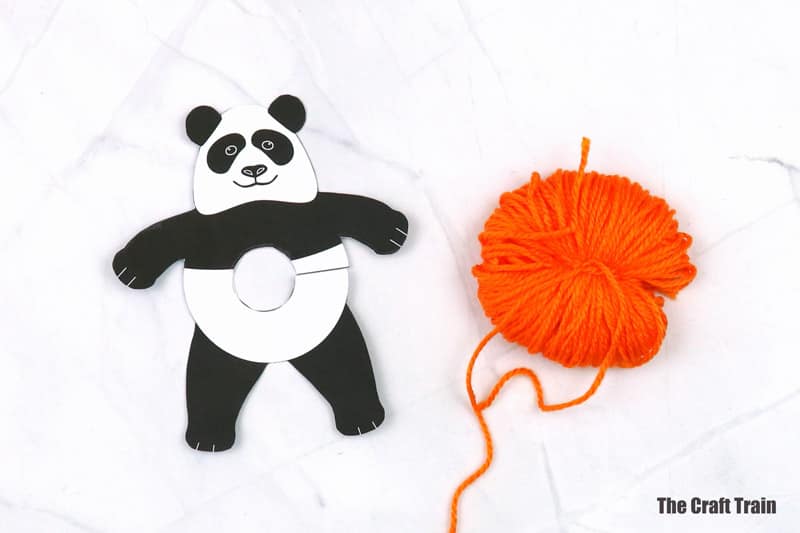 Place the tied centre of the pom-pom inside the bear’s tummy hole. Staple the slit to keep it securely in place. 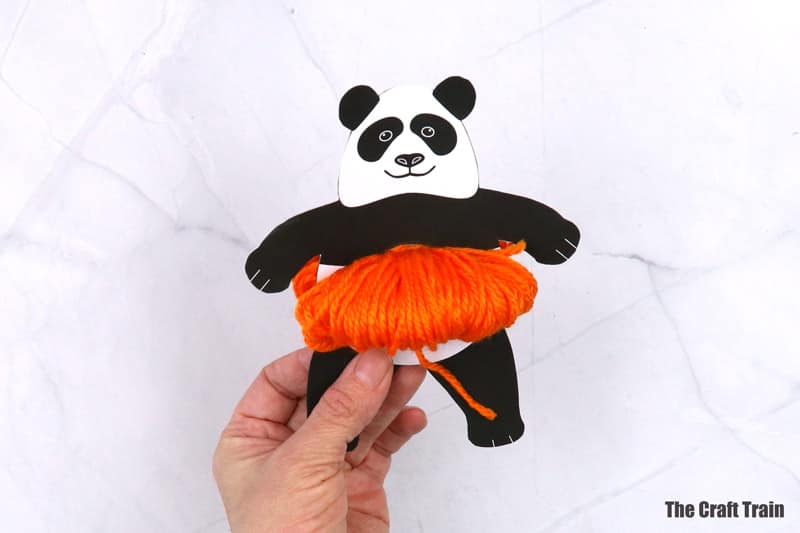 Cut along the edges of the loop with scissors to turn the yarn into a pom-pom tummy. You will need to give it a trim to tidy up the edges. 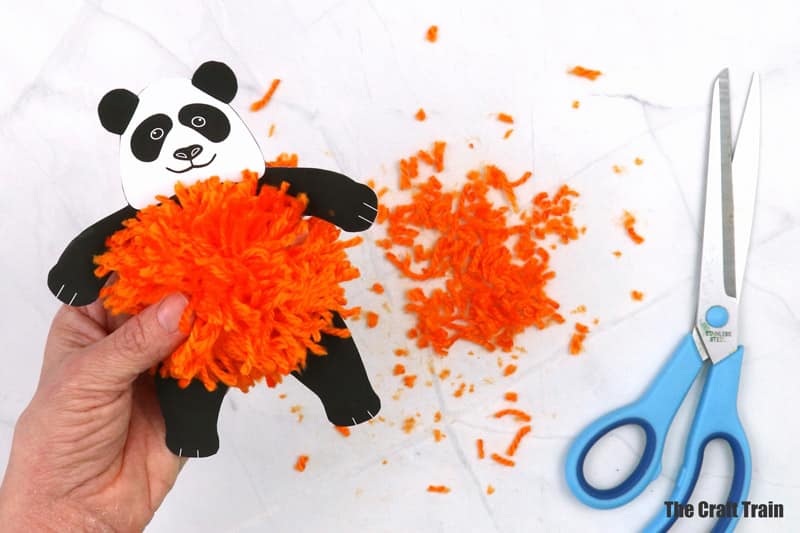 Your Panda is finished! 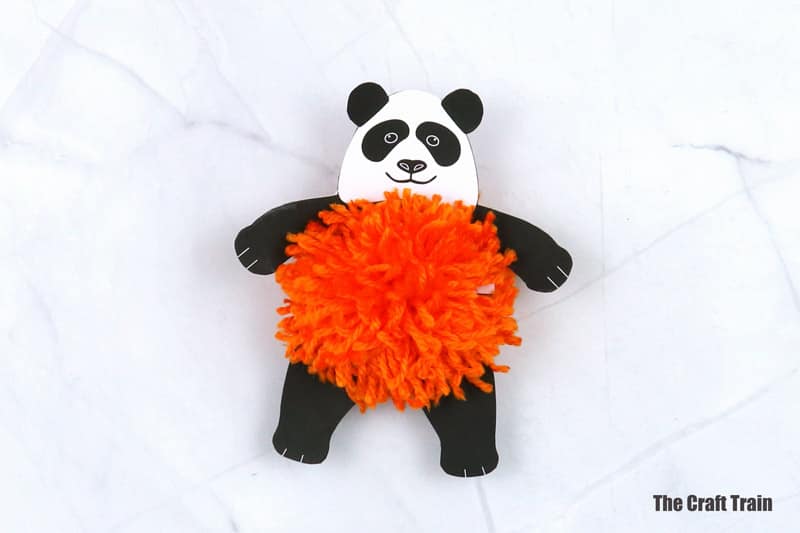 Now he just needs some friends …