Make a printable turkey basket which has been designed to look like a realistic turkey.

For our USA friends, this easy turkey craft is just in time for Thanksgiving. It also makes a fun farm animal craft at any time of year.

You could fill your finished turkey basket with sweets or candies and give it to someone special as a gift, or keep it as a festive decoration for yourself.

Get the printable here Turkey crafts are everywhere right now, and they all have a typical “cartoon turkey” look to them. Do you know what I mean?

The average, stylised turkey is nut-brown in colour with a yellow beak, a red dangly piece underneath it, and a fan-shaped tail often depicted in autumn harvest colours.

They are cute for sure, but somewhere along the line, the picture of a stereotypical turkey has strayed far from the real deal.

Just to remind you, this is what an actual turkey looks like… This handsome bird is a little bit different to the cartoon version, isn’t he?

While we’re at it, I’ve dug up a few interesting turkey facts so you can talk about them with the kids while you’re crafting. These birds aren’t as silly as you might think they are!

Let’s get started on the turkey craft…

How to make a turkey basket 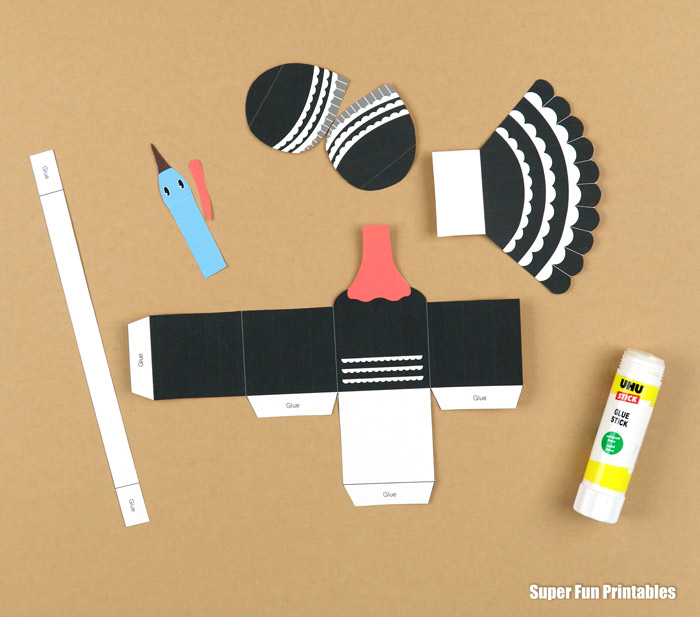 He’s almost as handsome as the real ones, don’t you think?