This craft was originally published in March 2013 and has been updated and republished for you today. My girls have a thing for ladybugs. They love to catch them and allow them to walk all over their fingers. They give them names like Rosie and Sugar and shower them with affectionate words just as though they were kittens. If they could, they’d keep them as forever pets.

I know that if they actually did keep a ladybug as a pet it probably wouldn’t last very long, so I always encourage them to place their ladybugs gently on a plant outside where they belong. 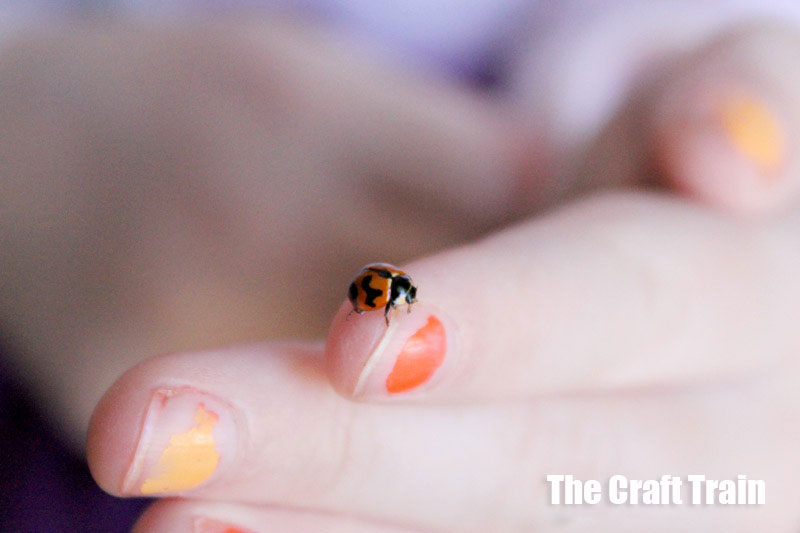 When I suggested we make some ladybug “pet rocks” they were very keen!

Now they have some adorable ladybug pets to call their own, and in addition to that there are some other little bugs (good friends of the ladybugs of course!). 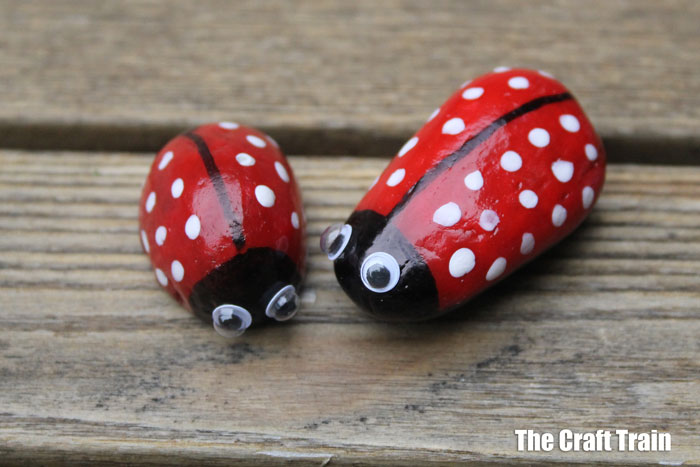 Instead of using paint for our rock art we’ve used nail polish. This is a great way to weather proof your bugs and it also makes them super shiny. Since nail polish can have an overpowering smell (as well as not being that easy to clean up spills from) it’s a good idea to set this activity up outdoors. The good thing about nail polish is that it’s super quick to dry. Once you’ve finished painting the first layer of colour on a bunch of rocks, the first rock you painted is already dry so you can go ahead and add a second coat (ours needed at least one extra coat to get an opaque look) or the next colour.

We’ve used sharpies for adding detail to our rocks. Look out – it’s a bug invasion! How to Dry Lavender
Nature crafts for kids