These cute little pom pom and pipe cleaner dolls are a fun DIY toy idea to make for or with kids. 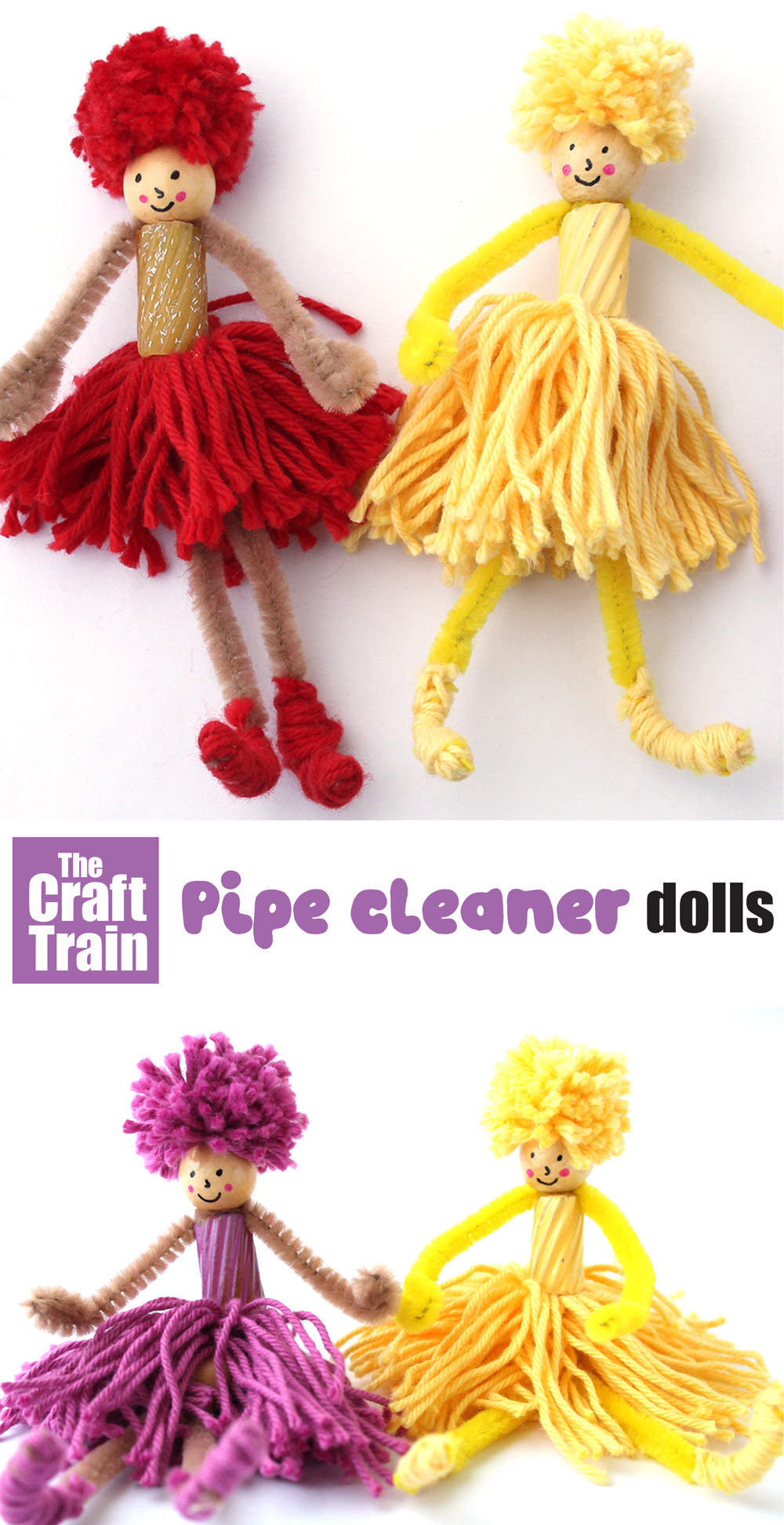 This week I made the girls some little pom pom and pipe cleaner dolls. They were a hit! You could turn them into fairies with the addition of a pair of paper or felt wings glued to the back but I thought they were cute enough as plain dolls and left them as is. The girls quickly named them Fireball, Sunshine and Lily, can you guess which is which?

To create the body of the doll I have added from the kitchen cupboard some pasta coated with nail polish to give it a bit of durability and colour. Don’t use paint instead of nail polish because it ends up drying out and crumbling within a short time (been there, tried that). You could also use an oval shaped bead in place of the pasta if you don’t want to go to the bother of making these beforehand.

How to make pom pom and pipe cleaner dolls Use a fork like in the picture below to create the pom pom for the hair. Once you’ve wrapped the yarn around your fork lots of times slip it off the end, tie it tightly with another separate strand of the same coloured yarn and trim the looped ends with sharp scissors. You will probably need to give the pom pom a bit of a trim to tidy it up but this can wait until you’ve threaded it through the bead. Tie the pom pom to a chenille stick folded in half tightly and then pull it through the larger bead. You now have hair! Now is the time to give it a trim.

Wrap your half-sized pipe cleaner around the neck tightly to make the arms, and push the piece of pasta up under that for the body. Once you have tied it on then cut the loops and trim it a little to tidy up and shove the smaller bead up underneath the skirt to keep it in place.

Next draw your face on with permanent maker. To make the little feet bend the ends of the pipe cleaner back over itself and into a foot shape. Unbend and wrap the toe of the foot with yarn and then fold back and wrap the whole foot and ankle with yarn, tying tightly at the end with a double knot. And that, folks, is all there is to it.